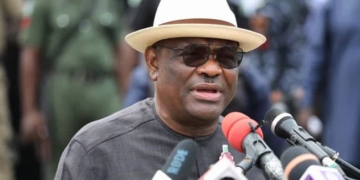 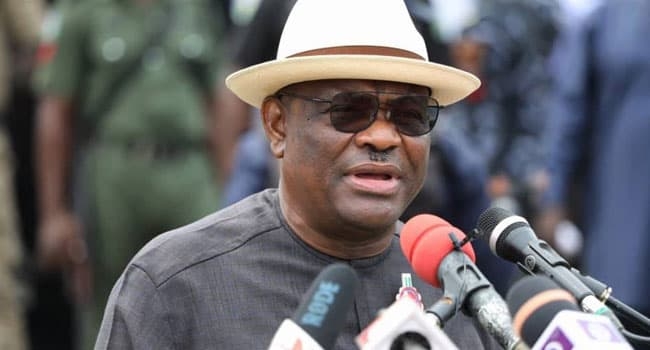 At an event on Thursday, the president accused governors of “pocketing” allocations meant for Local governments, and as such contributing to underdevelopment.

Speaking on Friday at the inauguration of the Mgbuosimini ring and internal roads in Rumueme Kingdom of Obio-Akpor Local Government Area in the state, Wike said his administration has never tampered with local government allocations.

“I want to challenge Mr. President. Mr. President, you’re a leader and we believe, as leaders, you must come out and tell Nigerians who are those committing this offence.

“I have never and I have no reason to do that. So, Mr. President, tell us who are those people? You know them; tell us. It is not good to say what we call class defamation, and you say ‘governors’. Please, I am not one of those governors.

“So, Mr President, please, spare me. Tell Nigerians that the Integrity Governors are not part of them. We have integrity, and do us a favour to announce all those states that are taking local government money.

“Announce those who are touching because you have the record. Let us not be generalising things. It’s not good for this country, and that’s why Nigeria is not growing.

“So, I stand here. Mr. President, I don’t know which of the channels you’re watching now. I, Nyesom Ezenwo Wike, have never, and will not touch local government money.

“I dont even know what they get in a month and I don’t give a damn. And I have never called any local government to partner with state to do any project. Ordinarily, some of these projects we’re doing ought to be local government projects,” he said.