Drama as bride fails to show up for wedding, whereabouts unknown

Drama as bride fails to show up for wedding, whereabouts unknown 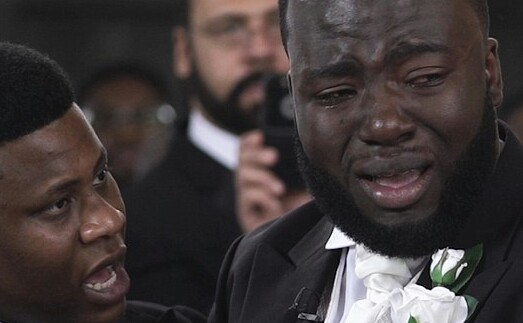 There was drama over the weekend at a wedding ceremony in Ondo town, Ondo State, when the bride, Taiwo Orimoloye, failed to show up.

Reports said the groom, Abiodun Isaac, and other guests waited endlessly at the church for the ceremony, which was later put off.

The officiating ministers reportedly had to call off the wedding after waiting for over two hours for the bride to show up. Both families were worried as all calls put across to her mobile line and that of her bridesmaid, failed to connect.

Reports had it that the marriage rites started December last year at the residence of the bride’s parents.

What would have warranted the bride’s action last Saturday, four months after the introduction, was still unknown at press time. A family source said that family members had no inkling that the marriage would be stalled as all arrangements were made for the ceremony.

Note: Feature photo not that of Abiodun Isaac. Just for illustration purpose