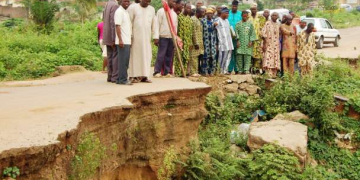 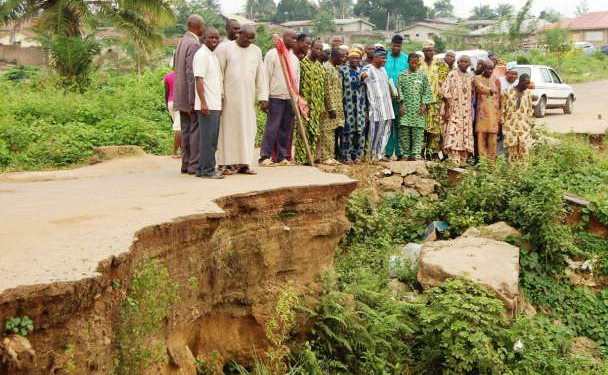 Residents of Saki in Oke Ogun area of Oyo State are now living in palpable fear over what they described as earth tremor that started few weeks ago. Places where the deafening underground vibration are rampant are Medinat, Veterinary and Ogbooro areas of the town.

According to Wikipedia, an earth tremor (also known as a earthquake or temblor) is the perceptible shaking of the surface of the earth, resulting from the sudden release of energy in the earth’s crust that creates seismic waves.

The National President, Building Collapse Prevention Guild, Mr Kunle Awobodu, an expert in the built environment, recently stated that Nigeria, particularly the South-West region was not immuned to tremor. According to him, geophysical and geological studies have discovered that a fault zone that connects with the Atlantic fracture system exists along Ifewara in Osun State and Zungeru in Niger State.

Meanwhile, an eyewitness, Alhaji Dauda Tijani said the underground vibration, which shakes houses in the affected areas to their foundations was very disturbing. For fear of being caught unawares, residents of the areas have left the community in droves.

“The terrible vibration started about three months ago, but we thought it was a mere noise that would stop. Instead of stopping, it happens on regular basis. At times, the ground could vibrate five times a day and at times, it may not vibrate within three days.

“People are very confused and have vacated the affected areas. My child was living there before, but he has been living with me for the past one and half months.”

“When the ground vibrates, buildings in the areas would be shaking seriously and then stop”.

Another eyewitness, Mr Adeola Fehintola, a lawyer, said the tremor was very unsettling. According to him, the Oyo State Government sent some people here, but they are not showing enough seriousness about the issue.

“The Federal Government should please send experts here to see what the noise is. If it is something they can prevent or do something about, let them come quickly. We see this thing as something that needs urgent attention so that when it eventually happens, there will be no casualty. Residents have deserted the area as I’m speaking with you and many more are moving their things out”

When Vanguard called the Special Adviser on Environment to Governor Abiola Ajimobi, he directed enquiries to the Permanent Secretary on Environment, Oguntola Gabriel who said when something like that happens, it is a precursor to an earthquake.

“First of all, we have not been there. I was in Abuja and I just came back. When the ground vibrates like that, it’s a precursor to an earthquake. But, for now, I can’t validate that. This week, we will make sure we are there to see what is happening.”