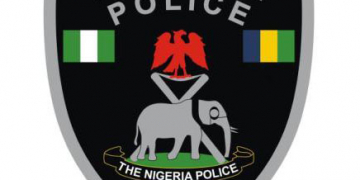 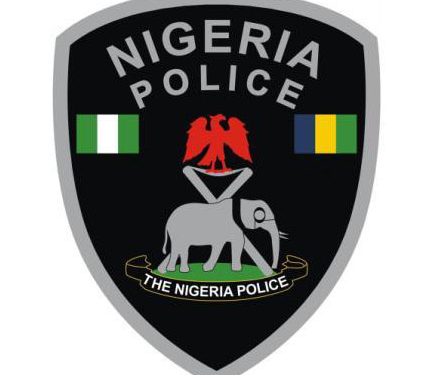 Ebonyi State Police command have arrested the Coordinator of Ohaozara Development Centre, Mr Ogbonnaya Ene Odi for his alleged role in the dehumanizing treatment meted out to an innocent teenager, Ukamaka in Ohaozara local government area of the state.

The JSS2 student was allegedly stripped naked, dragged around on the ground and flogged under the orders of the Coordinator.

Also arrested were the two policemen (names withheld) who allegedly arrested and took part in the ill-treatment of the 15 years old orphan.

Though, the Police Spokesman in the state refused to speak on the matter at press time, reliable sources in the Police command said the Police arrested the Coordinator after the news of his involvement in the incident went viral in the community.

According to sources in the community, the incident which was recorded and circulated on social media took place inside the coordinator’s sitting room. It was gathered that the arrest followed an order given to the Commissioner of Police, CP Peace Ibekwe Abdallah that all those involved in the incident should be arrested.

The Police source said: “He has been arrested. The Governor told the CP to make sure all those involved are arrested and brought to book. The Police officers involved have also been arrested. The Police has since commenced investigation in the matter but were still waiting for the victim, Ukamaka to come and identify the suspects at the command (tomorrow) today; that is stalling the investigation a little bit. By tomorrow we are expecting her back to the state from Abuja”.

Meanwhile, a source in the community, who gave his name as Michael, said the claim by the Coordinator and others that it was her dad that beat her for having sex with her numerous lovers was false. He said: “On 28th July 2016, a rather disturbing video went viral.

According to reports, the so called young lady who was stripped naked was caught by her father with another man having sexual intercourse in his house. When I watched the video, I had doubts about it because it was just the girl who was been stripped unclad and flogged like a thief. I forgot it.

“But, my investigations are very pathetic.

On the said 28th July, 2016, one Uzoamaka from Ohaozara West Development centre of Ebonyi State, was caught and bundled into the house of the Coordinator of Ohaozara Development Centre, Mr Ogbonnaya Ene Odi by his younger brother, Enekwachi Ene Odi and other boys loyal to the coordinator.

“According to my source, the coordinator had alleged that the young girl was in the habit of prostituting and sleeping with almost all men and even the married ones in the Community. Therefore, he had to delegate his younger brother and a couple of other youths, to go bundle the girl to his house where he stripped her unclad and ordered his boys to film her and also to make sure it goes round so as to serve as deterrent to others who may intend or are already involved in such habits.

“My brothers and sisters, this is what other bloggers failed to report. Uzoamaka, the young beautiful girl who was tortured and dehumanized in the video committed no offense.

“Just like other young girls of her age, boys were on her trail. As expected, she has a boyfriend, but some boys including those loyal to the Coordinator were not in her good books. She saw them as touts and as a result turned down their advances. In fact, Mr Enekwachi Ene Odi, the younger to the Coordinator had made advances towards her of which she equally turned down.

“So, on that fateful day, these boys and their coordinator conspired to disgrace the young girl. They took her to the coordinator’s house, forcefully stripped her naked and tortured her like none ever”.

“In the video, the Coordinator is the man wearing traditional dress dragging the girl and the younger brother did the flogging. My source further disclosed that the coordinator and his boys took this action because the girl refused to sleep with any of them”.

“They however told the world that the girl is a prostitute and sleeps with married men thereby breeding prostitution in the community. Well, if you watch the video, for those who understand the Ohaozara dialect, she is being forced to accept sleeping with some persons in the community who are perceived political opponents. I also learnt that these persons were afterwards fined by the coordinator.

“Nigeria has turned to something quite unexplainable. I can’t believe how people who are in positions of authority will decide to use it against their own subjects. Why flog the girl. Why film her and upload to the internet?.

“Why such inhuman treatment on this girl? Stripped of her rights, treated like a worthless whore. Oh how he has succeeded in destroying and stigmatizing this young lady”.

Meanwhile, the Member Representing Onicha, Ohaozara and Ivo Federal Constituency, Hon. Linus Okorie has condemned the dehumanizing treatment meted out on the orphan girl by the Coordinator and others.

Okorie who stated this in an interview with newsmen described the action of the suspects as barbaric, unfortunate and undeserving in a civilized society.

He called for psychiatric check up on the suspects that committed the crime and also urged the Police not to sweep the crime under the carpet.

He also revealed that following the report by the media, a sympathizer have awarded a scholarship to the girl up to the university level.