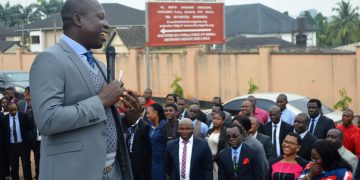 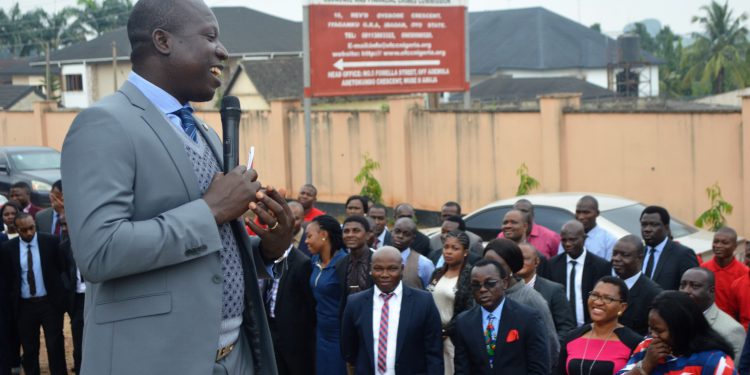 The Zonal Head of the Economic and Financial Crimes Commission, (EFCC), Ibadan zonal office, Friday Ebelo, has charged the staff of the Commission to be more committed to their job, saying the EFCC banks on them to achieve its objectives as an ant-graft agency.

Ebelo made the charge at the Ibadan zonal office’s premises on Tuesday, July 2, 2019 while commending the staff on the unprecedented success recorded in the first six months of the year.

Newspeakonline recalls that the zonal head revealed last month that the zone recorded 83 convictions between January and June 2019, representing 83 percent of the 107 cases filed in court within the period.

He further noted that the zone recovered over N116 million and other sums in foreign currencies, as well as took possession of other valuable items seized from the convicts on behalf of the Federal Government of Nigeria.

Ebelo, however, added that the success was made possible owing to the tremendous support the zone got from the Commission’s acting Chairman, Ibrahim Magu.

“We were able to record these unprecedented success because of the unwavering support we got from the Chairman. He always ensured that he gave us all we needed to carry out our duties successfully,” he said.

The zonal head also challenged his staff to buckle up as the zone intends to surpass the first half record in the second half of the year.