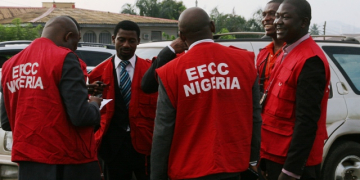 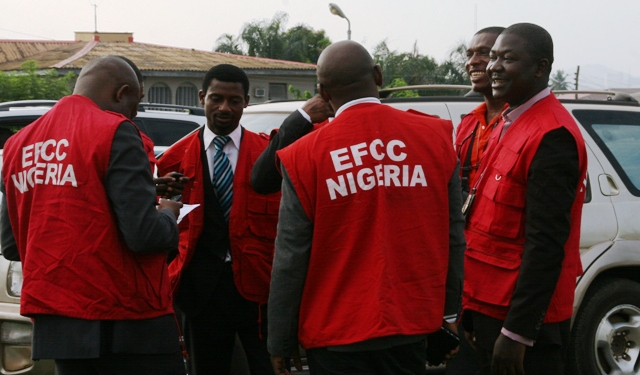 The Ibadan Zonal Office of the Economic and Financial Crimes Commission (EFCC) disclosed on Monday that it has recovered over N131 million from fraudsters since the beginning of the year 2019.

The Zonal Head, Mr. Friday Ebelo, disclosed this at a press briefing on Monday at the commissions office in Iyaganku, Ibadan. He said the amounts recovered were in varous currencies – naira, pound sterling and euro.

He explained that a large part of the recovered funds are being returned to individuals who were defrauded while the remaining will be forfeited to the Federal Government once the cases on them are exhausted.

He said it will not be in order for the commission to disclose the amount to be remitted to government since there are several appeals on the recovered funds and assets.

In addition to the recoveries, he said the commission has so far been able to secure 83 convictions out of the 107 cases filed at different courts within the zone, in the last six months.

Ebelo advised members of the public to be wary of providing their bank account numbers to other people for use. He said some fraudsters, in order for authorities not to trace proceeds of crimes to them, ask unsuspecting friends to help them receive money into their bank accounts.

He also advised against helping people to withdraw unexplainable sums of money especially when received on behalf of a third party.

He said: “Even if someone sends money to your account, provide a paper trail for the sender and for the owner of the money to withdraw it himself. Some people have innocently helped fraudsters to withdraw money and gotten into trouble when they are arrested at the point of withdrawal as the money is being traced.”

The anti-corruption boss also stated that it is dishearteneing that a lot of the fraudsters being caught were young Nigerians and therefore advised parents to monitor their children, especially the undergraduates.

“Most of the suspects are young Nigerian citizens that have potentials to be great in life. We are advising parents and guardians. It is not enough to send them to school. Ensure you monitor their progress or otherwise. Pay them unscheduled visits. By so doing, you’ll see changes or behaviours that you may want to put a stop to,” he said.