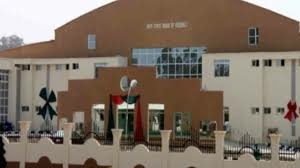 Ekiti State House of Assembly has reinstated three out of the six suspended lawmakers, who belonged to the camp of the former Speaker, Gboyega Aribisogan.

There was chaos in the Assembly following the removal of Aribisogan and the emergence of Bunmi Adelugba as Speaker.

The assembly later suspended Aribisogan and six others for allegedly working against the interest of the All Progressives Congress (APC) and preference for Adelugba. APC has 25 out of the 26 seats in the assembly.

The assembly, at Tuesday’s plenary, lifted the suspension slammed on three members following the consideration of their various letters of apology and fulfillment of other conditions.

Meanwhile, traditional rulers in the state have called on Aribisogan to withdraw the case he filed, challenging his impeachment as Speaker and forget about laying claim to the position.

The monarchs, at a peace meeting in Ado Ekiti, the state capital, also urged the assembly members to lift the suspension placed on Aribisogan and drop other punitive measures against him.