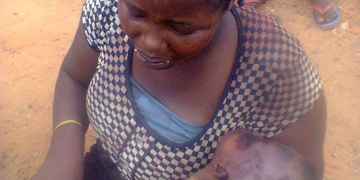 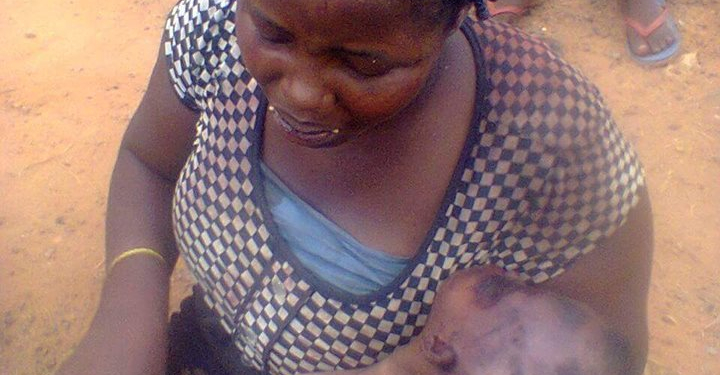 A 39-year-old woman in Onicha Uboma Autonomous Community in the Ihitte/Uboma Local Government Area, Imo State, has allegedly killed her one-year- old baby, plucked out her eyes and drank her blood.

According to Daily Independent, the woman identified as Ifeoma, was alleged to have committed the heinous act inside her husband’s shop.

A correspondent of the newspaper, who visited the community on a facts finding mission gathered that the woman’s husband, Mr. Azubuike Emedom left his baby in the custody of his wife and embarked on a business trip, only to return the next morning to find out that the mother and child were missing.

It was gathered that after searching for them in the neighbourhood without result, Mr. Emedom proceeded to his shop, although he thought it abnormal for them to be in the shop that early.

When he got to the shop, he discovered that the shop was locked from the inside. After repeated knocks and Ifeoma’s failure to open the door, Mr. Emedom broke down the door and was shocked to find his wife inside, blood on her mouth and the baby wrapped in blood stained cloth.

It was gathered that when Mr. Emedom uncovered the baby, he discovered that she had died, even as her eye balls were plucked out and blood gushing from the sockets. The baby’s hands and legs were also broken.

One of the community leaders who did not want his name in print alleged that Ifeoma is of a ‘marine spirit.’

The newspaper quoted him as saying:

“I believe she used this child for sacrifices, she sucked the blood of the child because by the time we caught her, her mouth was full of blood. She killed the baby intentionally. She always renders sacrifice to their gods in the river.

“Some months ago, she attempted to kill a woman from our community. She injured the woman with a knife”

Meanwhile, it was gathered that Ifeoma has been arrested and detained at the Ihitte/Uboma Police station.

Deputy Superintendent of Police (DSP) Andrew Enwerem, the Police Public Relation Officer of the Imo Police Command confirmed the incident. He said investigations were on going.