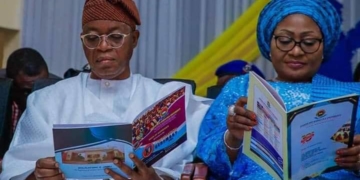 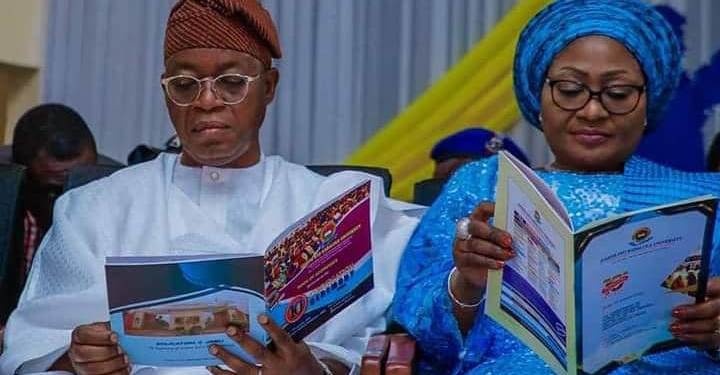 The asset recovery panel set up by the Osun State Government has directed immediate past governor of the state, Gboyega Oyetola, and his wife, Kafayat , to return official vehicles in their possession.

The directive was contained in a statement issued on Friday evening by Olawale Rasheed, spokesperson to Governor Ademola Adeleke.

According to the statement, Tokunbo Salami, the chairman of the asset recovery panel, said the directive also applies to former appointees in the state.

Salami added that there is no law in the state that authorises any elected or appointed officials to leave with state vehicles after the completion of their tenure.

“Due diligence has been conducted and the committee has concluded that the affected past officials should return government vehicles in their possession.

“This is the first batch of vehicles to be retrieved. We will soon come up with the second batch.

“All affected officials should return the vehicles in their possession immediately to avoid coercive procedures for recovery of state assets.

“In the list of affected officials, Governor Oyetola alone has 11 vehicles ranging from Lexus Jeep, Toyota Prado jeeps and assorted models of costly vehicles. The wife, Mrs Kafayat, also has in her possession several brands of government vehicles which were taken away against provisions of the law,” the statement read.

Other affected persons include those who served as special advisers, local government caretakers, board chairpersons, commissioners, and secretary to the state government.

“The former Deputy Governor has more than seven government vehicles in his custody contrary to the provisions of the law.

“All affected ex-officials are to urgently comply with the above request or risk enforcement procedures,” the statement added.