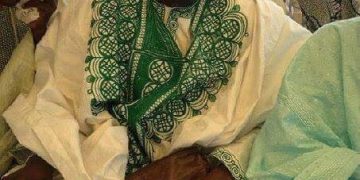 A former chairman of the Oyo State chapter of the National Union of Road Transport Workers (NURTW), Alhaji Wasiu Abubakre a.k.a Tawakalitu, is dead.

They are planning to give me ‘Eleweomo Treatment’-Auxiliary cries out

Tawa was the NURTW boss during the administration of former governor Rashidi Ladoja. The union unrest that followed Ladoja’s illegal impeachment in 2006 however forced him for Alhaji Lateef Akinsola a.k.a Tokyo, whom he had succeeded, to return to power.

One of his sons, Quadri, wrote on Facebook that the former transport boss recently returned to the country from an American hospital where he had gone for medicals. “He was unable to observe the just concluded Ramadhan due to ill-health,” Quadri said.

Newspeakonline understands that he will be buried by 11am in his hometown, Iwo, Osun State, this morning according to Islamic rites.