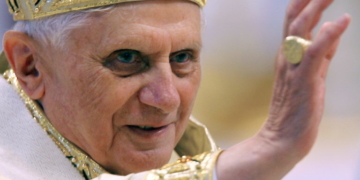 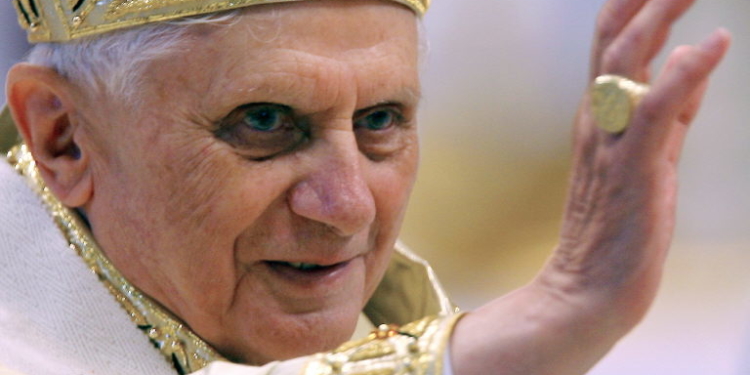 (FILES) In this file photo taken on May 6, 2006 Pope Benedict XVI blesses faithful, in St Peter's basilica, at the end of the mass to mark the celebration of the anniversary of the Swiss guard corp. - Pope Emeritus Benedict XVI, a German theologian whose 2013 resignation took the world by surprise, died on December 31, 2022, at age of 95, the Vatican announced. (Photo by Vincenzo PINTO / AFP)

The Vatican has announced the death of former Pope Benedict XVI.

Vatican spokesperson, Matteo Bruni, in a statemement on Saturday, said Pope Benedict XVI died at the age of 95, almost a decade after he became the first pontiff to resign in six centuries.

“With sorrow, I inform you that the Pope Emeritus, Benedict XVI, passed away today at 9:34 in the Mater Ecclesiae Monastery in the Vatican,” Bruni said.

The German pope emeritus, whose birth name was Joseph Ratzinger, had been living a quiet life in a former convent inside the Vatican grounds since his shock decision to step down in February 2013.

His health had been declining for a long time, but the Vatican revealed on Wednesday that his situation had worsened, while his successor Pope Francis called for Catholics worldwide to pray for him.

His death brings to an end an unprecedented situation in which two “men in white” — Benedict and Francis — had co-existed within the walls of the tiny city state.

While there is no rulebook for former popes, Benedict’s funeral is expected to be at the Vatican, presided over by Francis.

Born on April 16, 1927, in Marktl am Inn, Bavaria, Germany, Benedict was 78 when he succeeded the long-reigning and popular John Paul II in April 2005, the first German pope of the modern era.