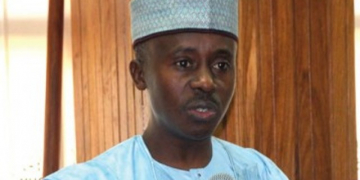 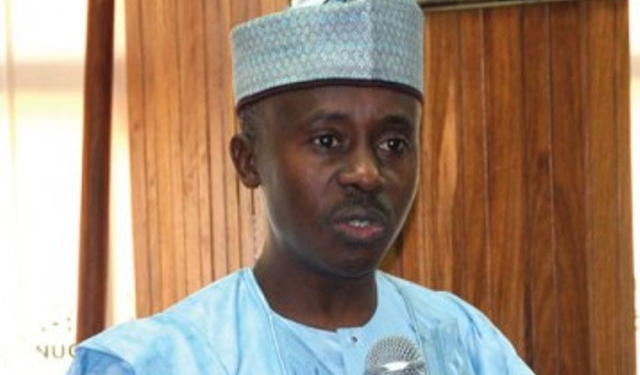 The second witness in the trial of a former Chairman of the House of Representatives Ad-hoc Committee on Fuel Subsidy, Farouk Lawan, on Wednesday told a Federal Capital Territory High Court in Lugbe, Abuja that Lawan was caught on video receiving $500,000 from business magnate and owner of Zenon Oil, Femi Otedola.

The witness, David Igbodo, who is Commissioner of Police, Legal Services and Investigating Police Officer in the office of Inspector General of Police, Special Investigation Unit, told the court that Lawan was caught on video due to a sting operation by the Department of State Services.

Testifying before Justice Angela Otaluka, Igbodo said after Lawan had collected the $500,000 in the house of Otedola on April 24, 2012, he proceeded to the House of Representatives and crossed out the name of Zenon Oil that was earlier indicted in a report before the Adhoc Committee.

“The purpose of the demand and acceptance was to remove the name of Zenon Oil and AP Petroleum (now Forte Oil) from the list of indicted companies.”

Following the case of alleged bribery against Lawan by the Independent Corrupt Practices and other related offences Commission, Lawan and the Secretary of his committee, Boniface Emenalo, are standing trial before Justice Otaluka on a seven-count criminal charge bordering on obtaining $620,000 from Otedola in order to doctor the committee’s report in favor of Zenon Oil and Gas Limited.

During examination by the Prosecution Counsel, Adegboyega Awomolo, Igbodo further told the court:

“On the same April 24, 2012, the defendant after collecting the sum at the house of Otedola, crossed the name of of Zenon Oil earlier indicted in a report before the committee at the House of Representatives.

“He admitted he went to the house of Femi Otedola and collected the sum of $500,000, crossed the name of Zenon from the list.”

The witness also told the court that Lawan admitted collecting the money and gave it to another member of the House, Adams Jagaba, who is the Chairman of the Committee on Narcotics and Financial Crimes.
Jagaba, however, was said to have denied ever receiving the $500,000 from Lawan and equally denied that any letter was written to him in respect of the collection.

He said Lawan did not report the matter to any security agency before or after collecting the money.

According to Igbodo, Lawan had rather gone straight to the House of Representatives.

He said a search was conducted on the house of Jagaba but no money was found.

At this point, a copy of the search warrant was presented before the court.

Igbodo said he found out that after the defendant had collected the $500,000 in the early morning of April 24, 2012, five days later, he went to the chairman of the Economic and Financial Crimes Commission to report some marketers were offering him a plane load of dollars.

He, however, said Lawan failed to inform the EFCC chairman that he had earlier collected $500,000 from Otedola.

According to the witness, Lawan had said the EFCC asked him to come back if any attempt was made to give him the planeload of dollars.

Igbodo also told the court that his findings revealed that Emenalo, the first prosecution witness, had also visited the house of Otedola on April 24, 2012 between 9am and 10am and was caught on video collecting $100,000.

“I found out out that the $100,000 he collected from Otedola was given to the defendant.”

He also told the court that he found out that the defendant could not refund the sum of $600,000 made up of the $500,000 earlier collected and the $100,000 collected through Emenalo when the police had demanded it from him, though he had made an undertaking to produce it.

Criminal Form D and a Search Warrant used to conduct a search on the house of Lawan where the $10,000 was recovered, a diplomatic passport issued on April 24, 2009, which expired in 2014, were tendered before the court.

However, when the $10,000 obtained during the search was tendered, the Defence Counsel, Mike Ozekhome (SAN), objected to its admissibility, arguing that it had nothing to do with the weight attached to it.

Ozekhome also argued that the prosecution had not shown from what custody the money had emerged.
Awomolo at this juncture applied for withdrawal of the money, stating that the Defence Counsel was going to waste time.

Ozekhome said it is too late to withdraw the money as issues had already been joined to it.
Awomolo, however, argued that issues would have been joined if he had replied and on the point of law.

Justice Otaluka, after admitting the diplomatic passport and the search warrant document as exhibits PWD2D and PWD2E respectively into evidence, ruled against the admissibility of the $10,000.

Ozekhome had earlier prayed the court for adjournment for adequate time and facilities to enable him properly prepare his defence, which was not granted.

Adjournment was however granted after Awomolo had later prayed the court for it.