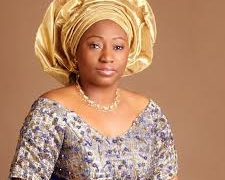 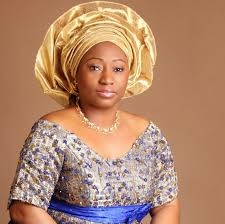 Erelu Bisi Fayemi, the wife of immediate past governor of Ekiti State, Dr Kayode Fayemi, has petitioned the police, demanding an investigation of a female journalist, Abimbola Olajumoke Olawumi.

In the petition dated November 14, and addressed to the Commissioner of Police in Ekiti State, through her lawyer, Mr Luke Ekene Mbam of Octodas Attorneys (Topmost Chambers), the former first lady of Ekiti State accused the woman of cyberbullying, cyberstalking, criminal, incessant and unabated social media attacks.

Mrs Fayemi, who is invoking the provisions of the Cyber Crimes Act 2015, stressed that Olawumi, in spreading malicious falsehood against her, and had so far failed to come out with any proof or evidence.

She said she was left with no option but to petition the police to clear her name, protect her image and reputation which she had built over the years

Olawumi had in several posts on her Facebook page accused Mrs Fayemi of shielding “family members” from arrest and prosecution for alleged sexual offences.

She also accused the the former first lady of money laundering to the tune of N500 million in Dubai and stealing a sum of N710 million a few weeks after the inauguration of her husband as governor in 2018.

Olawumi, while responding to the petition in a post on her Facebook page, wrote: “Rest assured that I’m fine”.

“I’m not moved a bit, because I can defend whatever I have written in court.

“She was arrested with N500 million Ekiti money in Dubai in 2018. The evidence will be tendered in court, I only await the CTC,”she added.