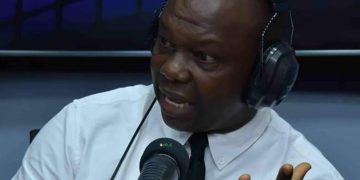 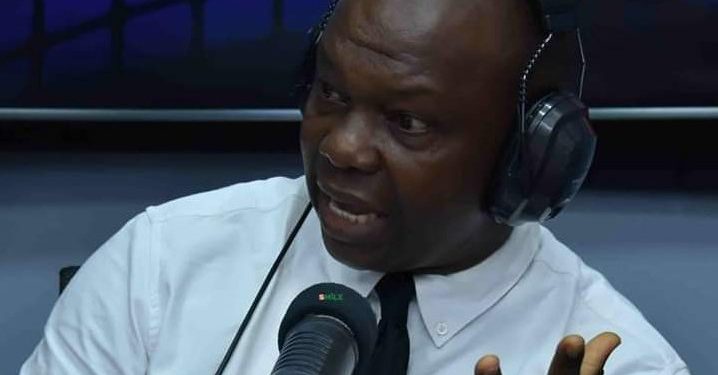 Popular columnist, Festus Adedayo, has reacted to the cancellation of his appointment as Media Adviser by Senate President Ahmad Lawan.

They had cited some articles in which he criticised President Muhammadu Buhari and some of his policies.

But reacting via a statement, Adedayo said he would continue to speak the truth to power no matter whose ox is gored.

“Of a truth, I am a venomous critic of President Muhammadu Buhari, with no apologies. Asiwaju Bola Tinubu, Adams Oshiomhole, Ibikunle Amosu, Bukola Saraki and several others have been on the receiving end of the unkind temper of my pen,” he said.

“What those who are vilifying me for always writing against government should have done was to rise from their laziness and conduct an x-ray of my writing. In my close to 20 years of public sphere intervention …I believe that government should reflect the highest moral echelon of society and those who run it should make covenant of chastity and fidelity with themselves.”

He said he had no space in his heart to bear grudges against those who made him lose the job.

Adedayo added that the senate president “will be my model of a good Nigerian forever” and that “Nigerian politicians had a lot to learn from that gentleman and his politics of blindness to tribe and political party affiliation”.

Below is the statement:

I was just informed a few minutes ago of the withdrawal of the appointment offered me as the Special Adviser on Media and Publicity to the Nigerian Senate President, Dr. Ahmed Lawan. I had hitherto enjoyed every of the diatribes provoked by the appointment. I was told it was the most discussed issue in Nigeria in the last few days. Of course, it was not humanly possible for me to read the over 5000 tweets and thousands of comments on other social media. As at the time of writing this, the issue was said to be the most-discussed in Nigeria on the social media. Said to be the brainchild of some hired Rottweiler dogs loyal to some lords in the APC, a campaign dubbed #sackfestus adedayowas mounted immediately and within hours, had given birth to thousands of recruits. Many of the commentators who took liberty to harangue me have no idea of who I am and went on a railroaded binge to dress me in an alien robe.

Of a truth, I am a venomous critic of President Muhammadu Buhari, with no apologies. Asiwaju Bola Tinubu, Adams Oshiomhole, Ibikunle Amosu, Bukola Saraki and several others have been on the receiving end of the unkind temper of my pen. But call my attention to five pieces I did in dispraise of Tinubu, I will call yours to the three I did in his praise, at very grave danger to my life and career, even though Tinubu can’t pick me up in a crowd. Someday when he and I meet, I hope to tell him the consequential bullet I once bit for his sake. Since 1998 when I began column-writing, I have a graveyard of public personalities whom my cudgel has whiplashed for perceived infractions in power. Give me 10 pieces I wrote in uncomplimentary review of President Buhari, I will give you 20 I did in utter vilification of Jonathan, his ministers and those close to him. Jonathan never raised a voice against me. One thing my traducers don’t know is that I have no attachment to those criticisms. I am like a prophet; once I deliver my message, I move on.

What those who are vilifying me for always writing against government should have done was to rise from their laziness and conduct an x-ray of my writing. In my close to 20 years of public sphere intervention, I am a rabid anti-establishment person. I believe that in establishment lies the plague of the Nigerian state and my writings reflect this much. Even though I am everything but a saint, I believe that government should reflect the highest moral echelon of society and those who run it should make covenant of chastity and fidelity with themselves.

More fundamentally is that my pen knows no friend or foe. Very early in my writing career, I learnt that I could go far in the people’s heart if I sided with the public against government. This was abetted by my philosophy degree background which teaches me to always look for disorder, even in order. I am a natural pessimist and see pessimism in optimism. Anyone who does a critical assessment of my journey as a columnist will see this without any equivocation.

I doubt if any government has received greater unfavourable reviews from my pen than the Olusegun Obasanjo government. His ministers were weekly captives of my acidic pen. His Chief Press Secretary, Chief Tunji Oseni, upon once inviting me to the monthly Presidential Media Chat, told me to my face that he regretted inviting a rabid anti-Obasanjo journalist like me to the event. Chief Bola Ige, God bless his soul, was the first recipient of my column’s bile in the government. He wrote Page 9 while I wrote Page 3 of the Sunday Tribune, with his Uncle Bola’s Column, even as Attorney General of the Federation. A few weeks after the ministers’ inauguration and they were given Wardrobe allowance, I flagellated all of them, including Chief Ige, a known acolyte of Chief Obafemi Awolowo, who owned the medium. When Chief Ige reacted to my attack and spoke of me in bad light, I took him up again and almost insinuated that he was senile. Rather than take further umbrage, he apologized to me. This was the Ige who, one day when I went to his house, in the company of other colleagues, once commended my writing.

Very scant people know that the governor of Oyo State, Seyi Makinde, is my friend. A few weeks ago, I rudely dragged him to the public square over his decision to cancel the N3000 school fees in the state, so much that those who know my association with him asked if there was a dissonance in our relationship. If you rummage through the archives, you would see lacerations on the body of former Vice President Atiku Abubakar, products of my unkind jabs. It began from 1999. If I have written 100 articles referencing Abubakar, we may barely find three that are positive about him. Apart from seeing him on the television, I probably saw him once in my life in the crowd. Former governors Niyi Adebayo of Ekiti State, Olusegun Osoba, Adebayo Alao-Akala, Rashidi Ladoja received unkind tackles from me. I am very close to Governor Rotimi Akeredolu of Ondo State; the day I felt his decision was against my people of Akure, I wrote against him. Rummage through the archives, you would see how I pounced on Senator Bukola Saraki severally with my pen; you would think we once sparred over possession of same woman. The truth is, my writings are political party and tribe-blind. I detest injustice, politics and run away from politicians as much as I can. One thing you cannot accuse me of being complicit of is the vermin that has eaten into the fabrics of my journalism profession. While I am not a saint, I have never blackmailed anyone in my life and I have very scant veneration for the god of Mammon.

The person who nominated me for this office under contention will bear me witness: I told him point blank when he intimated me of the proposed nomination that I had sworn never to do the job of a publicist again in my life, after my two experiences in government. It is a job that almost asks for your life; where you have no respite of any kind. More importantly, all my life, I have never lobbied for any office. Second is that, I believe that my stints in government have almost killed the deposit of writing talent in me. Judging by my beginning as a writer, today I should be one of Africa’s most-read fiction writers.

Meeting Senate President Ahmed Lawan in Abuja rekindled my hope in Nigeria. Like me, he is tribe-blind. He is also very unassuming and cerebral. He interviewed me and another candidate as if we were in a doctoral defence class and settled for me as his choice. Nigerian politicians have a lot to learn from that gentleman and his politics of blindness to tribe and political party affiliation. He told me he wanted excellence and would pick whoever among us he saw as equating that score.

I have read all manner of lies concocted against me on the social media by politicians, all because they want this job at all cost. I do not have any problem with that. One post said Tinubu gave me a Lexus jeep. Those who are close to me know how mendacious this is as I have never even entered such Luxury in my life. That I was considered for the job is enough happiness for me and that, in my life, I would see a Nigerian like Lawan who has such pan-Nigerian mindset, is a great accomplishment.

I was told the job has been withdrawn. I thank Lawan for the offer. He will be my model of a good Nigerian forever. If those who spearheaded the attack thought it would silence me in my bid for a good country, they have another think coming. I can never be silenced. I will always advocate for a good country; whether it hurts Buhari or anyone.

If I had finally settled for the job, I would be doing it at a great cost. I am right now a student of the Nigerian Law School and the rules forbid my working while a student. I would have had to walk away from a painful studentship I embarked upon last November that will come to an end in about two and half months from now. It is providence in action that I am not going to have the job.

To those who spearheaded it, I have no space in my heart for any acrimony against them. It has further strengthened my belief that we must rid Nigeria of hate and politics of the stomach. One thing that Nigerians who read my column should be rest assured of is that I will never waver on the side of power or any politician in government for a pot of porridge. According to Bob Goldstein, “a principle isn’t a principle until it costs you something.” I am happy that this is what my quest for a good society, through my writing, has cost me. This is my creed.