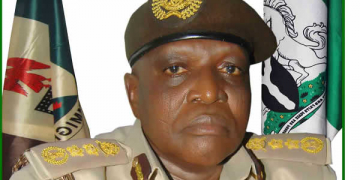 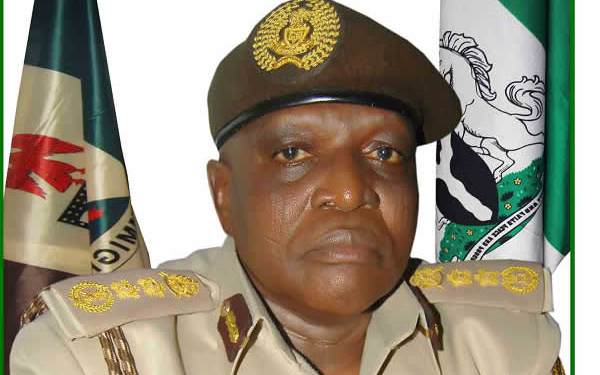 There are indications that the Federal Government may have bowed to pressures and relieved the Comptroller General of Immigration CGI, Martin Abeshi of his post, as a result of claims and protests that he should have retired since December 2015.

Abeshi who was expected to proceed on terminal leave in October last year was retained and appointed Customs boss, a development which ignited grumblings amongst subordinates, some of them, from the ranks of Assistant Comptroller General and Deputy Comptroller Generals.

According to Maritime First, a source explained that when all efforts appeared deadlocked, some of the parties embarked on the use of blackmail, bringing to fore, the fact that the CGI had during a recent recruitment exercise, employed one of his wives and also his son, both of which were currently undergoing training courses, in Kano.

The CGI was especially thumbed down for what they insisted amounted to an abuse of power, a situation they continue to harp on ceaselessly, until Tuesday, when news filtered in,  that Abeshi had most likely been relieved of his post.

A top official of the congress told one of our correspondents that the NLC was embittered by what it described as the “lukewarm posture” of the TUC in enforcing the joint decision of the two labour centres.

It was gathered that the NLC leaders were angered by the presentation of the TUC President, Bobo Kaigama, who they said talked about minimum wage and other palliatives contrary to the position of the two centres to prevail of the government to reverse the increase.

The source added, “Look, the TUC has backed out of the protest. The government has succeeded in using the TUC and the other faction to divide labour.

“Didn’t you see how the President of the TUC spoke during the meeting with the government team? He did not dwell on our mission, he went there to talk about palliatives and the General Secretary of the NLC challenged him there.”

But Kaigama said it was not true that the TUC had backed out of the planned action.

In an interview with one of our correspondents, he said it would not be proper to talk of backing out when there were ongoing talks with the government.