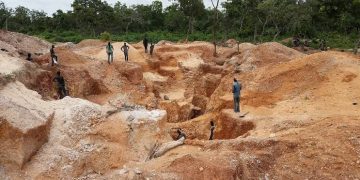 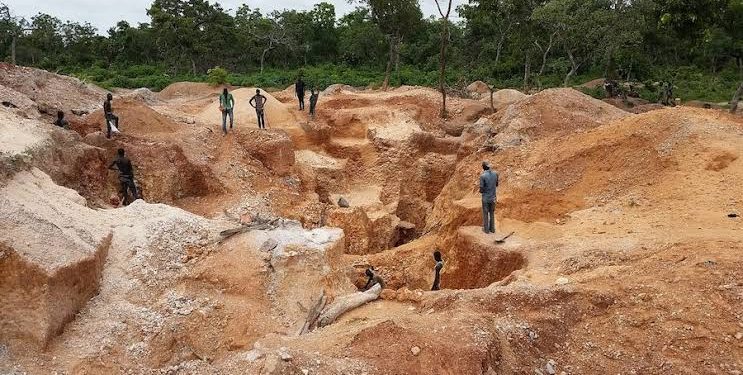 The Federal Government has struck a partnership with the Osun and Kebbi State Governments to develop gold mining.

The pilot scheme of the Presidential Initiative to streamline gold mining for the benefit of the people, the artisans and the governments, is soon to be launched.

Three others states – Niger, Kaduna, Zamfara – which possess mineral resources in large volume, are also to enjoy the federal government’s partnership, to boost the plan to diversify the nation’s economy from its reliance on oil

The initiative in Osun, Kebbi and other states, is based on the volume of available gold deposits and the willingness of the state governments to develop the mining sector to generate resources, and to create jobs for their people.

There is a large deposit of gold in the eastern part of Osun State which is currently being mined haphazardly with little or no control from the government.

According to the federal government’s initiative, artisanal miners will be organized to facilitate better output and the enjoyment of the benefit of their resource.

After a period of training, the artisanal miners will be able to access micro-credit and be exposed to further capacity building

The federal government, it was learnt, intends to grow the solid minerals’ Growth Domestic Product (GDP) by over eight per cent in 2020 under the Economic Recovery Growth Plan (ERGP).

This initiative is expected to grow the number of artisanal miners with better exposure to do their jobs while the governments will get higher royalties and taxes to boost their Internally Generated Revenue (IGR) and to preserve the safety and health of the environment.

Osun State Governor, Mr. Gboyega Oyetola, is excited about the prospects in the plan for his people who will reap the benefits while his government will get the opportunity to boost its IGR.

Oyetola said: “I look forward to the effects this will have on our people with the job opportunities and the chance for a better life for our people who are ready to take advantage of the natural resources they have in their backyard.

“For us as a government, we will improve on our revenue generation and therefore have the resources to be able to cater for the needs of our people.

“It is good to streamline the activities at the mining sites to standardize things and ensure the all stakeholders get the benefits – the community, the people and the government.”

Governor Oyetola promised to cooperate with the federal government in whatever plan it has for the mining sector in the state.

He recalled that he met with the Minister of Mines and Steel Development, Alhaji Bawa Bwari, in Abuja last December on the possibility of federal government’s support or partnership with the state to boost mining.

He reiterated the plan to develop agriculture by supporting farmers and to create farm settlements to boost job creation.

Oyetola said he is also looking forward to the banana farming collaboration with the Federal Ministry of Agriculture.

“I am aware of the banana farming programme of the federal government which Minister of Agriculture, Mr. Audu Ogbe, has pledged to extend to us.

“We are looking forward to collecting the banana seedlings from Abuja to kick start the banana programme here for the benefit of our people.”