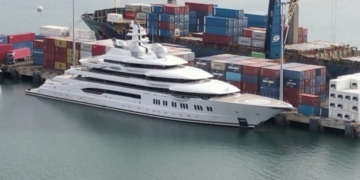 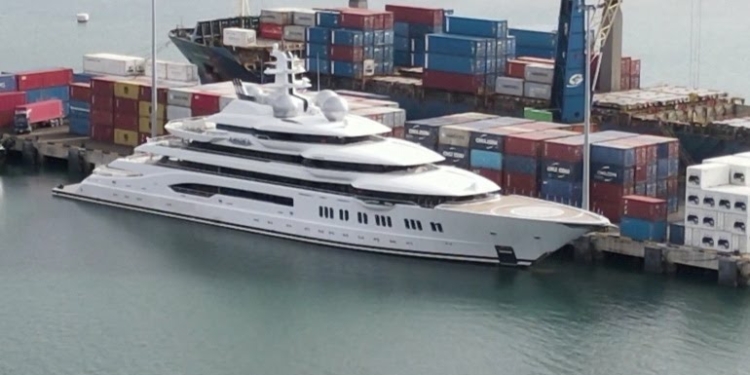 Fijian authorities have seized a $300 million yacht owned by Russian oligarch, Suleiman Kerimov, at the request of the United States, according to the US Justice Department.

The move, which was announced on Thursday, is the latest by Washington and its allies to up the pressure on Russia over its invasion of Ukraine, often targeting wealthy citizens known to have close ties to the Kremlin.

A court in Fiji ruled on Tuesday that the US could seize the Russian-owned super-yacht, weeks after it arrived and was impounded by police.

“The Justice Department will be relentless in our efforts to hold accountable those who facilitate the death and destruction we are witnessing in Ukraine,” US Attorney-General, Merrick Garland, said in a statement announcing the yacht’s seizure.

“The US Treasury Department had previously designated Kerimov as part of a group of Russian oligarchs who profit from the Russian government through corruption and its malign activity around the globe,” the Justice Department said.

It said court documents showed Kerimov owned the 348-foot luxury yacht, called Amadea, after the designation, and that the oligarch and those acting on his behalf “caused US dollar transactions to be routed through US  financial institutions for the support and maintenance of the Amadea.”

“This yacht seizure should tell every corrupt Russian oligarch that they cannot hide – not even in the remotest part of the world,” Deputy Attorney General, Lisa Monaco, said in a statement.

Authorities in various countries have seized luxury vessels and villas owned by Russian billionaires in the wake of Russia’s invasion of Ukraine.

The US Justice Department launched the task force, KleptoCapture, in March to specifically focus on seizing yachts and other luxury assets to put the finances of Russian oligarchs under strain in a bid to pressure Russian President Vladimir Putin.

In early April, the US seized a 254-foot yacht in Spain, owned by Viktor Vekselberg, a billionaire and close Putin ally who heads the Moscow-based Renova Group, a conglomerate encompassing metals, mining, tech and other assets.

US President, Joe Biden, has asked Congress for the authority to formally seize and sell assets of Russians to fund Ukraine’s defence and rebuilding, although it remains unclear if he would be able to do so without running afoul of international law.