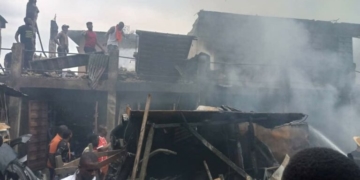 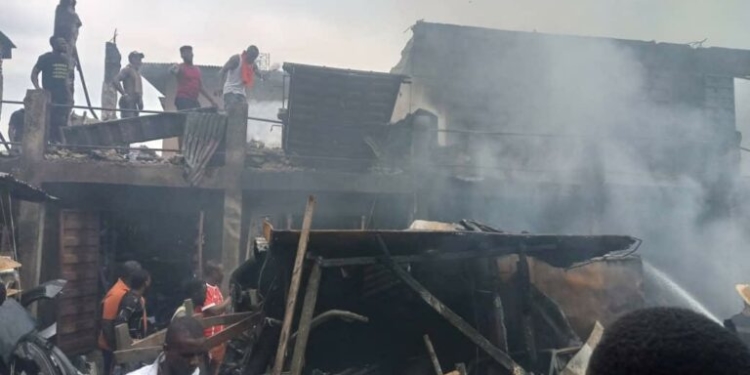 No fewer than 25 shops were gutted by fire at Araromi spare parts market, Gate, Ibadan, in the early hours of Saturday.

It was gathered that the fire incident was caused by a careless burning of refuse.

The General Manager, Oyo State Fire Service, Rev. Canon Yemi Akinyinka, confirmed the incident in a telephone interview with the News Agency of Nigeria (NAN) in Ibadan, on Saturday.

Akinyinka said the service got a call about the incident around 2:30am and immediately deployed personnel to the place to put out the fire.

“The incident was caused by a careless burning of refuse, they refused to put out the burning refuse before leaving the shop and it escalated.

He further said that his men were able to extinguish the fire around 5am on Saturday, adding that no life was lost in the incident.