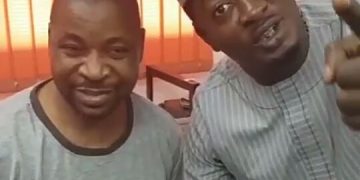 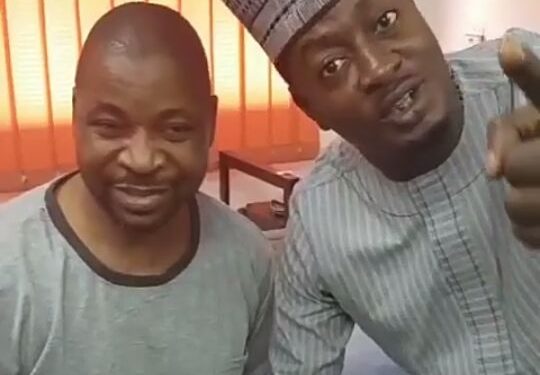 With rumours making the rounds that NURTW chieftain, Musiliu Akinsanya a.k.a MC Oluomo, may have died or incapacitated following a knife attack on him at an APC rally last week, his friends and associates are making efforts to dispel such rumours.

Fuji musician, Taye Currency, on Tuesday made one of such moves by sharing a video of himself and MC Oluomo as he paid him a visit at the hospital where he is receiving treatment.

He shared the video of the visit on his Instagram page showing MC Oluomo alive.

The NURTW strongman and socialite was stabbed in the stomach and neck as fight broke out between fellow union members.