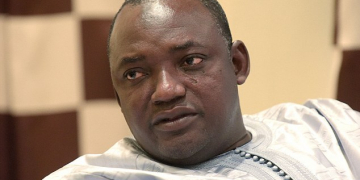 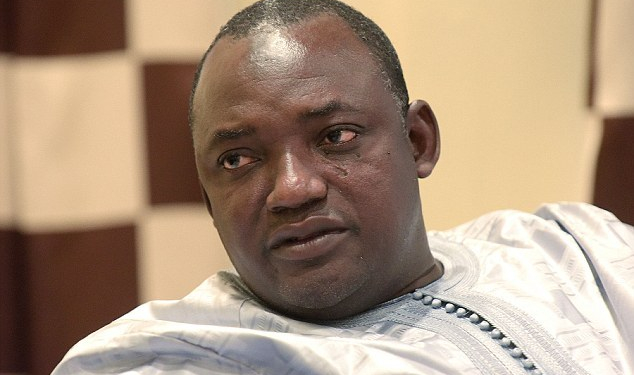 The Gambia’s President-elect, Adama Barrow, has said his countrymen and women are at the brink of making another world history on Thursday, after defeating Yahya Jammeh in the December 1 election.

“We made history on the first day of December. Our future starts tomorrow”, he said in a tweet on Wednesday morning.

“We made history on the first day of December. Our future starts tomorrow. #Gambia ” he said on his twitter handle, @adama_barrow.

Although he is now sequestered in Dakar, Senegal, leaders of the regional bloc ECOWAS have said he should be sworn in tomorrow on Gambian soil, indicating they would use military might to drive away President Yahya Jammeh whose tenure expires midnight on Wednesday.

Mr. Jammeh instead embarked on a time-wasting effort to get the court to order a new election and stop Mr. Barrow’s inauguration. He failed on the two efforts as the Supreme Court could not form a quorum to decide his cases.

In a last gambit on Tuesday, after shutting down four private radio stations, he declared a three-month state of emergency, starting from Tuesday.

In a televised address on state TV on Tuesday evening, Mr. Jammeh announced that the 90 days state of emergency started from January 17 and will end April 17, 2017.

“Under this state of public emergency, civil liberties are to be fully respected while all citizens and residents in The Gambia are banned from any acts of disobedience to the laws of The Gambia, incitement to violence and acts intended to disturb public order and peace,” he said.

Mr. Jammeh gave reasons for the state of emergency including “the need to prevent a constitutional crisis and power vacuum pending the determination of the petitions at the Supreme Court and the application for an injunction against swearing in Mr. Adama Barrow, until the Supreme Court decides on the 1st December 2016 Presidential Election results”.

He also ordered the security forces, who pledged allegiance to him, to maintain law and order in the country during the period.

The resolution was passed by the country’s National Assembly after a motion was tabled by Majority Leader Fabakary Jatta on Tuesday morning as indicated by the order paper made available to the media.