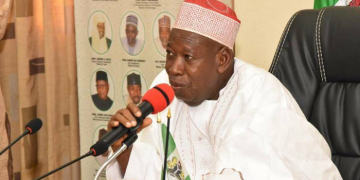 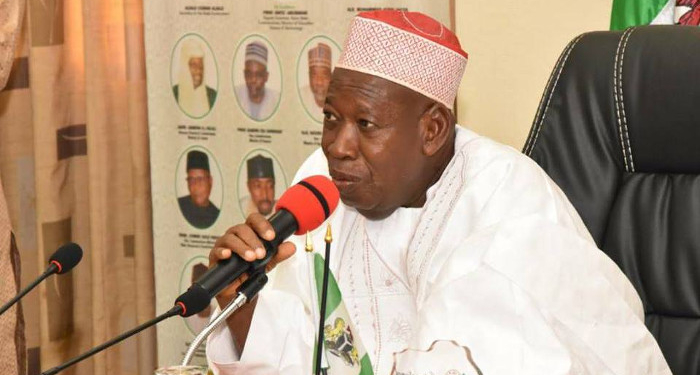 He is claiming N3billion in damages.

Counsel to Ganduje, Nuradeen A. Ayagi in a writ of summons dated November 13 and tendered before the High Court demanded the defendants to file an appearance before 14 days.

Daily Nigerian, had published stories and videos alleging that the Governor Ganduje collected $5 Million as kickback from contractors.

Ayagi prayed the court to declare that the act of publishing and circulating libellous statements, false and doctored video clips attacking and impugning the character and integrity of the plaintiff amounts to defamation of character of the plaintiff by the defendants and thus wrongful.”Jafaar Jafaar, middle, says the Daily Nigerian will soon respond to the suit

He also asked for order perpetually restraining the defendants, their agents and all persons and entities to whom they shared their libellous documents/records from further defaming the good standing and character of the plaintiff

The suit also seeks an order compelling the defendants to write a public apology to the plaintiff and broadcast such apology through their online platforms and news media with global accessibility.”

Daily Nigerian in a report on its website quoted its publisher, Jaafar as saying that its lawyers would study the court papers and respond appropriately.

The website continues to insist that the governor was the one seen in the videos collecting and pocketing bundles of cash.

It said its sting operation to capture the governor on camera began two years ago when one of the contractors agreed with DAILY NIGERIAN request to plant spy camera on his kaftan lapel while offering the bribe.

“About $5m dollars were delivered to the governor during the sting operation”, it reported.