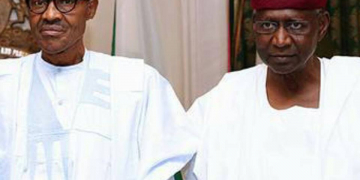 Garba Shehu: Abba Kyari will be sacked if…

Garba Shehu: Abba Kyari will be sacked if… 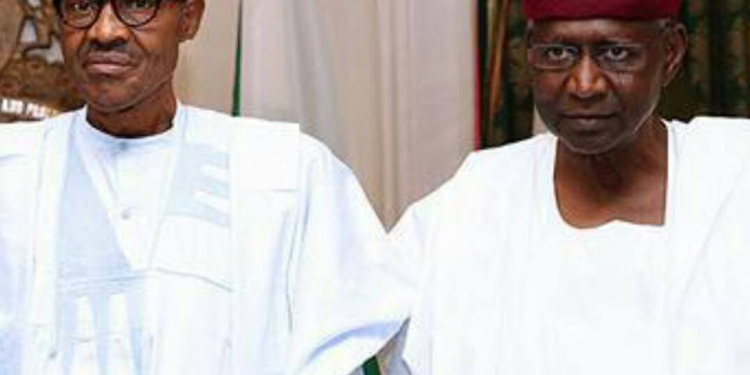 The Senior Special Assistant to President Muhammadu Buhari on Media and Publicity, Garba Shehu, has said no chief of staff who creates hurdles for the president “will survive the next day”.

He said this in response to some allegations leveled against Abba Kyari, President Buhari’s Chief of Staff.

He described the allegations as an indirect attempt to rubbish the successes recorded by the Buhari administration.

“A careful assessment of some these allegations with a rational mind will show that there is an orchestrated campaign to smear the CoS and indirectly the president,” he said.

“If I can speculate on the matter, I will say that the problem Malam Abba Kyari has with most people is that he, like the president he serves, will not throw money at people in order to please them.

“No chief of staff, including this one, can create hurdles for a president and survive the next day.

“As CoS, malam has refused to keep cash imprest and has turned down a monthly grant of N200 million customarily given to the office.

“This is money freely spent because they were not required to account for what they did with it.”

Shehu also denied the allegation that a cabal tried to control Vice-President Yemi Osinbajo when the president was away on the medical vacation.

“As acting president, Vice-President Osinbajo enjoyed the support of the villa staff and the entire cabinet. Otherwise, he would not have succeeded and earn the praises of the president,” he said.

Shehu also dismissed the reports that Buhari was being manipulated by a cabal in the presidential villa.

“It is difficult to understand what anyone wants to achieve peddling such falsehood that the president, himself a former military general and head of state and commander-in-chief is subject to undue influence and manipulation,” he said.

“It is both ridiculous and inconceivable.

“As someone who works very closely with President Buhari, I can testify to how my years of experience as a newspaper editor are often put to the test by the sheer thoroughness with which the President edits every single document brought to his desk.

“Every memo, statement, speech, is subject to his intense scrutiny, right down to the placement of commas and full stops.

“But, of course, the president cannot do everything. He cannot micromanage every task.

“That is why he needs close officials, whom he trusts, who will be willing to offend others in the process of ensuring his own safety and well-being, and the advancement of his vision for Nigeria.”