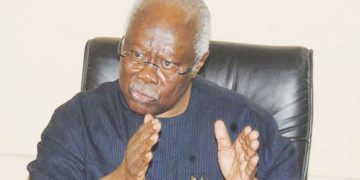 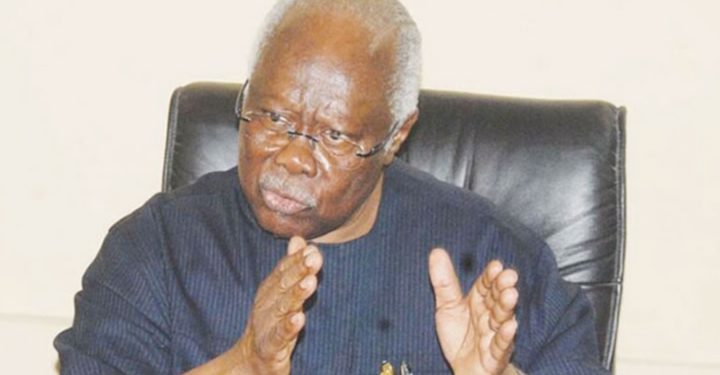 A former deputy national chairman (South) of the Peoples Democratic Party (PDP), Chief Bode George has said reconciliation in the main opposition party would only happen if the leaders “give unto Caesar what belongs to Caesar.”

George spoke on Arise TV’s Morning Show, on Tuesday, where he discussed the internal crisis within the PDP and candidacy of the All Progressives Congress (APC) presidential flagbearer, Asiwaju Bola Tinubu.

He stated that the North Central, which currently holds the position of the national chairman, had predominantly occupied the position since the formation of the party almost 25 years ago.

“The South West has never enjoyed this position since the party started almost 25 years ago. What is our crime? If you are telling us you want to rule this country, you have to weave all the tribes and all the people together. That is the major problem, and unless that is resolved, I will not vote for our own candidate.”

On Tinubu’s candidacy, George said that the APC flagbearer is not an indigene of Lagos State.

According to him, the APC candidate has yet to prove his Lagos roots beyond a reasonable doubt, having failed to produce any evidence to support his claim.

“Tinubu is not from Lagos State. You can quote me. If he says he grew up in Isale-Eko, which school did you attend? I grew up on Evans Street in Lagos. 35, Evans Street was my grandfather’s house. I went to the community school. I played football at the local stadium at Isale-Eko. That’s how people knew me,” he said.