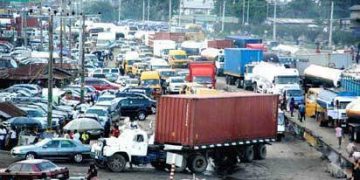 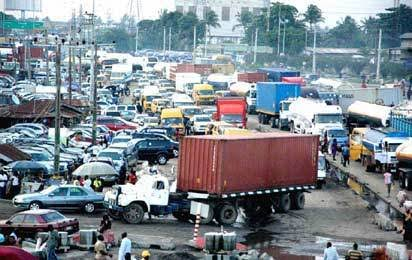 The Presidential Taskforce on Apapa Gridlock on Thursday announced that some roads would be closed to vehicular movement on Apapa-Oshodi Express, Creek and Liverpool roads as from midnight of Thursday, June 27 to Monday, July 1.

In a statement , the taskforce said the closure of the roads is due to on-going reconstruction works on the roads.

In view if this, the taskforce gave out the following instructions to the general public;

All trucks carrying exports and empty containers to Tincan Island Port are to stay out if Lagos until Monday, July 1.

All trucks to approach Apapa Wharf Port via Ijora, Orile and Iganmu via the various nominated parks and Lilypond transit truck park.

Loaded trucks from Tincan Island Ports are to exit through the Apapa Oshodi Express road service lane via Liverpool round about and coconut.

It said all freight forwarders, fleet operators, transport agents , truckers and the general public are advised to comply with the directives.