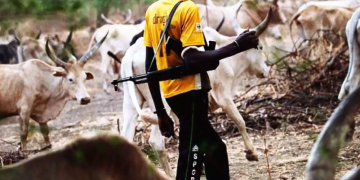 #GrazingCommissionBill: What you need to know and why Nigerians reject it

#GrazingCommissionBill: What you need to know and why Nigerians reject it 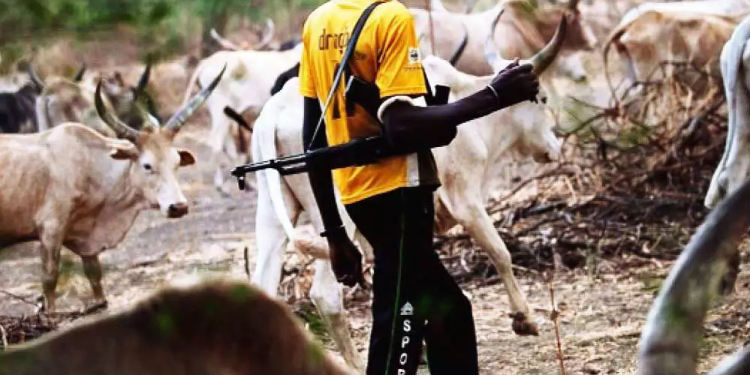 The Fulani herdsmen‘s attack on Agatu, in Benue state, (Agatu massacre) is still fresh in the minds of Nigerians. And Nigerians have expressed anger and dismay at the silence of the Presidency.

In an attempt to stop these deadly attacks that have become rampant in Taraba, Benue, Plateau, Kaduna and states in the entire South West, South East and South South, the National Assembly has began deliberation on a bill seeking to provide a grazing route for the herdsmen.

The bill, sponsored by Hajiya Zainab Kure, who represents Niger South constituency of Niger State, is trending with the hashtag, #GrazingCommissionBill and is being discussed on social media.

However, ‘discussed’ may not well describe what is happening on Twitter. the bill is being condemned!

The bill has so far scaled through the first and second reading in both House of Representatives and the National Assembly and will soon be passed into law if it survives a third reading and is assented to by the President. 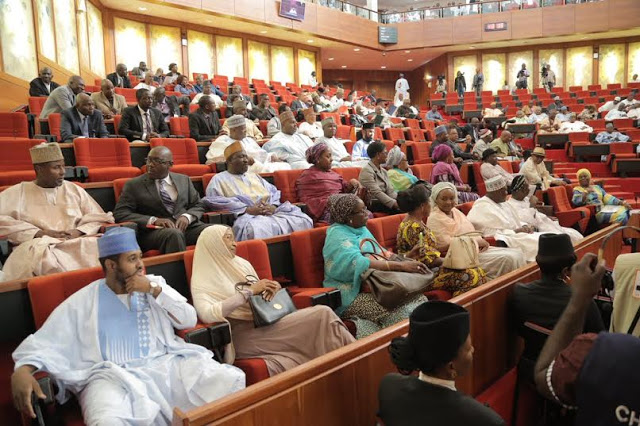 Although contemporary agricultural practices are moving towards more modernized forms of animal husbandry like ranching, the bill seeks to further the practice of pastoral farming by introducing grazing reserves and stock routes around the country.

The bill reads: “Fostering in the mind of the general public, particularly the Pastoral and transhumance population the necessity for the establishment and development of National Grazing Reserves and Stock Routes with the object of developing a greater appreciation of the value of livestock and environmental conservation.”

2) Under the Act, a national commission for grazing reserve will be established

The bill reads: “There is hereby established a body corporate to be known as the National Grazing Reserve Establishment and Development Commission (hereinafter referred to as “the Commission”).

“The Commission shall be a body Corporate with perpetual succession and a common seal and may sue and be sued in its corporate name.”

Furthermore the commission will have a chairman appointed by the president and confirmed by the senate.

3) The commission will have the legal right to take any piece of land it wants, in any part of the country

Pursuant to a notice to the state governor, the commission can acquire and gazette any piece of land after paying compensation to the owner.

However, the bill makes no room for refusal on the part of the land owner and failed to specify how much a land owner is entitled to and the parameters for deciding a land is worthy for acquisition.

The bill reads: “The following lands may be subject to the provisions of the Act to be constituted as National Grazing Reserves and Stock Routes:

(a) Lands at the disposal of the Federal Government of Nigeria.

(b) Any lands in respect of which it appears to the Commission that grazing in such land should be practiced.

(c) Any land acquired by the Commission through purchase, assignment, gift or otherwise howsoever.”

“No Court of law shall carry out execution of its judgment or attachment of court process issued against the Commission in any action or suit without obtaining the prior consent of the Attorney General of the Federation.”

5) The duties of the commission includes:

(a) Designating, acquiring, controlling, managing and maintaining the National Grazing Reserves and Stock Routes established under this Act.

(b) Constructing dams, roads, bridges fences and such other infrastructures the Commission may consider necessary for the purpose of the National Grazing Reserves and Stock Routes.

(d) Conserving and preserving in its natural state the National Grazing Reserves and Stock Routes. 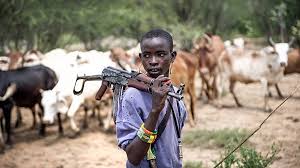 Public commentators, such as Reno Omokri, have questioned the rationale behind the bill, describing it as an “an insult to all the victims of the herdsmen” and calling on Southern legislators to reject the bill.

Femi Fani-Kayode in a scathing  article, described it as the greatest evil of all, writing:

If that law is ever passed and implemented, two years from that time we will regret it deeply as a nation because it will result in nothing but conflict, chaos and strife between the Fulani herdsmen and settlers on the one hand and the local indigenous population on the other.

And more Nigerians are venting anger on social media. Read some of the comments:

Stand up and say no to #GrazingCommissionBill. Cattles owners should build ranch for their cattles. Not forcing grazing field on others.

U want to treat d vandals like terrorists but u want d fulani herdsmen to kill us, rape our women & take our land. #GrazingCommissionBill

2014 National Conference, recommended the scrapping of grazing routes for the establishment of ranches. Adopt it!! #GrazingCommissionBill

Forcefully taking lands from state government & individual owners is in violation of the Land Use Act . Say no to #GrazingCommissionBill

As at today, herdsmen r occupying villages in Plateau, Kaduna n Benue. The #GrazingCommissionBill gives them the southern territories

The #GrazingCommissionBill is a reward for violence. Nothing is said of the bloodshed, instead we give them a reward for it? Seriously?!