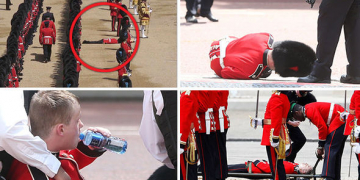 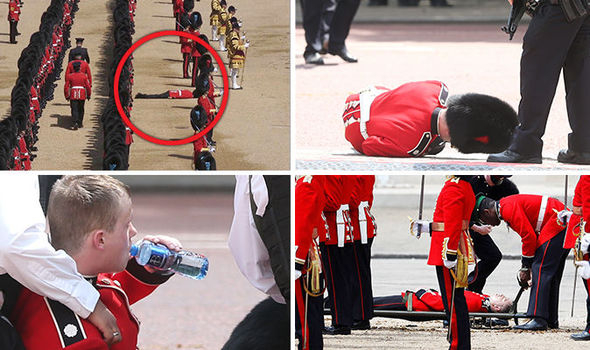 In soaring temperatures, at least five of Queen Elizabeth’s Guardsmen collapsed during a ceremony at Horse Guards Parade this afternoon.

How Queen Elizabeth II would be buried

My life in danger over Queen Elizabeth’s tweet – Nigerian Professor

Shocking photos show several men collapsed on the ground before being carried away on stretchers.

Dressed in full uniform, including a bearskin, one soldier fell forward out of his formation as temperatures soared to 27C, Daily Express reports. 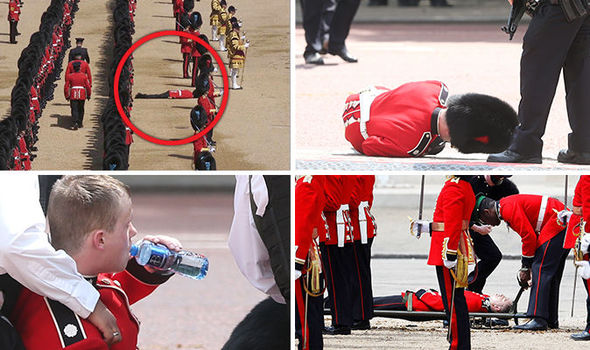 According to the report, as the band marched towards his position, the guardsman in the second row collapsed to his knees before landing face down with his hands to his side.

His colleagues maintained position as the ceremony to mark the Queen’s birthday continued around him before three soldiers then walked to his aid.

One removed the man’s bearskin before he was lifted on to a stretcher.

Several other guardsmen at the event are believed to have fallen victims to the higher-than-average temperatures on Saturday, also fainting.