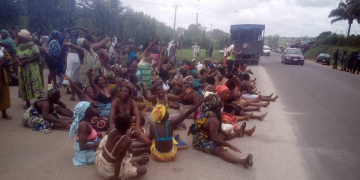 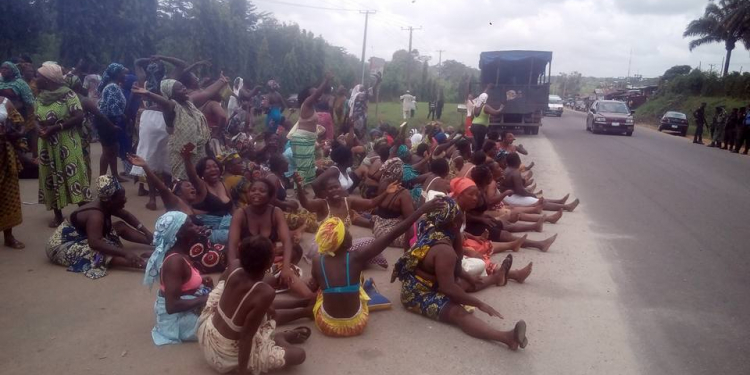 Three killed, many abducted as gunmen attack churches in Kaduna

The women from Ninte and surrounding villages staged the protest at the palace of the Chief of Godogodo.

The women demanded government intervention to stop the alleged increasing cases of night killings, rape, burning of houses by some assailants in the area.

Spokesperson of the protesters, Mrs. Deborah Reuben, accused the government of insensitivity to their plight since the incident started in May.

“The situation is unhealthy as it is no longer safe.

“The government we voted into power has left us at the mercy of armed herdsmen, farms cannot be cultivated in the face of high level of impunity,” she lamented.

Responding, the Chief of Godogodo, Malam Iliya Ajiya appealed to the protesting women to remain calm as everything possible was being done to bring the situation under control.

When contacted, the Interim Chairman of Jema’a local council, Dr. Bege Katukah confirmed to NAN in a telephone interview that security men had been mobilised to the affected community.

NAN learnt that residents of the affected villages have been relocating to Godogodo, Antang and Gidan Waya, for their safety.