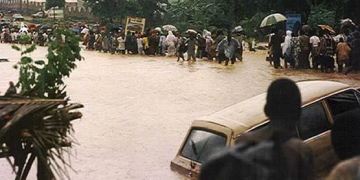 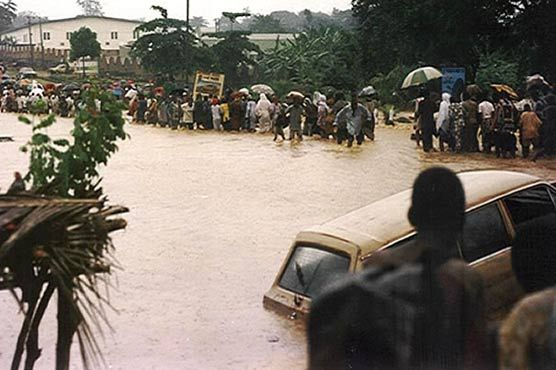 Following predictions by the Nigeria Hydrological Services Agency (NHSA) that Oyo State will be among the states that will experience heavy rains in 2017, the Oyo State governemnt  has assured residents that it has put machinery in place to prevent flooding in the coming rainy season.

The State Commissioner for Environment and Water Resources, Mr. Isaac Ishola, gave the assurance on Wednesday while receiving members of the National Environment Standard and Regulations Enforcement Agency (NESREA).

His words: “The state government has embarked on sensitization programmes and dredging of rivers and streams has started in preparation for the heavy rains. Our administration is responsive and we attach seriousness to the business of governance. We also have respect for the sanctity of human lives and this is why we have put necessary machinery in motion to prepare for the heavy rains”.

He said the present administration in the state was working earnestly to ensure a sustainable and clean environment attractive to the investors.

According to Ishola, two mobile environmental tribunal courts already approved by the government, sit on Tuesdays and Thursdays at the Ministry of Environment and Water Resources, as well as the State Waste Management Authority to prosecute sanitation offenders.

He explained that the prosecution of sanitation of offenders is neither aimed at revenue generation nor inflicting hardship on the people, but to ensure a safe, sane and clean environment in the state.

In his remarks, the Oyo State Coordinator, National Environmental Standard and Regulations Enforcement Agency (NESREA), Mr. Obagiri Durotimi, said his visit to the ministry was to introduce himself officially as well as to synergize with the state to ensure environmental sustainability.

He stressed that environmental issue is a collective responsibility of every resident in the state.