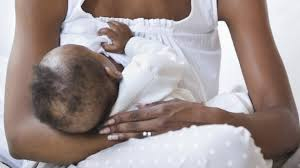 HELL OF A MARRIAGE! “He touched me with charm, I landed in his village and started having babies”

HELL OF A MARRIAGE! “He touched me with charm, I landed in his village and started having babies”

A 39-year-old food vendor, Adejoke Omotosho, on Wednesday told an Igando Customary, Lagos, that her husband, Musiliu, married her with charm.

“When I was single, my husband approached me that he wanted to marry me, I told him that I had a fiancé and that our marriage was near.

“Musili came back the following day and touched me, I don’t know how I got to his village, and I started having babies.

“As an orphan, nobody looked for me but now I am back to my senses”.

Asking the court to dissolve the 16-year-old marriage, Adejoke accused her husband of infidelity that he was in the habit of bringing his lovers to their one-room apartment to spend days or months before leaving.

“I always leave the bed for them and sleep on the floor, on four occasions I had reported him to our families.

“Recently, he came home with a lady who stole my pants and brassier, I discovered that after she had left.

“I told my husband to retrieve my underwear from his lover, he later came home with a bra and pant but those were not the underwear that was missing,’’ she said.

The mother of four boys also accused her husband of trying to kill her, saying:

“My husband is threatening to kill me, my hair dresser informed me that anytime I finished making my hair that my husband always come begging her to give him my hair.

She said that she was the one responsible for feeding the family, paying the house rent and the children’s school fees.

She begged the court to dissolve the union, that she was scared of contracting sexually transmitted diseases from her husband due to his unfaithfulness.

Musiliu, 47, a bricklayer, in his response denied all the allegations.
“I pay my bills, I usually give her N500 per day, but she also assists me as any good wife will do.

Musiliu said that he had returned the under wears his lover took away from their house.

He said that he never approached his wife’s hairdresser requesting for her hair.

The respondent begged the court to help him appeal to his wife that he still loves her.

Its 9/9/19! Happy birthday to Fola Ogunsola, Akin Daodu, Omobola Adelekun, and all those born on 9/9