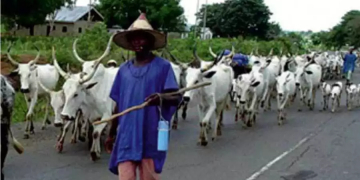 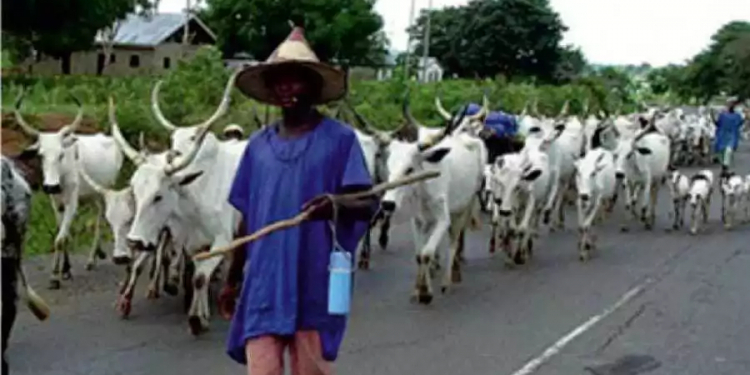 The Federal Government on Tuesday reaffirmed its plans to establish cattle ranches as lasting solution to the frequent clashes between herdsmen and farmers in Nigeria.

The Minister of State, Agriculture, Heineken Lokpobiri, spoke at a one-day public hearing on a motion: “Tackling the Perennial Conflicts between farmers and cattle herdsmen”.

The event, which was organised by the Senate Committees on Agriculture, and National Security and Intelligence, sought to proffer solutions to the frequent clashes.

Mr. Lokpobiri, who represented the Minister of Agriculture, Audu Ogbe, said constant problem between the Fulani herdsmen and communities was as a result of climate change resulting from global warming and desertification.

He explained that herdsmen had no option than to migrate southwards to find pastures for their animals, which now faced starvation in the North.

Mr. Lokpobiri said nomadic cattle rearing had become obsolete and this was why ranches were a necessity to provide adequate food to the cattle and forestall unnecessary clashes.

He said that with ranches, the livestock would be healthier, more productive, while the herdsmen would avoid unnecessary attacks.

The minister added that they would also be able to give their children opportunity to be educated.

“Global warming, desertification and Boko Haram insurgency are some of the factors that forced the herdsmen out of the North down to the South to find grasses for their cows.

“The problem happened in America many years ago and they resorted to ranches as a solution.

“The nomadic nature of cattle rearing in Nigeria make the cattle less productive. In other countries, the cows do not move; they are kept in ranches and so they are very productive.

“So, we have to give a new orientation to herdsmen for improved productivity.

“They used to argue that nomadic cattle rearing is a tradition but we have to ask, as a tradition, is it profitable to the rearers; is it sustainable in the modern realities?

“Traditions do change based on realities on ground,” Mr. Lokpobiri said.

He said that while government planned to establish ranches, government would also tackle problems of climate change, global warming and desertification through the Green World Project.

However, the herdsmen, under the Miyetti Allah Cattle Breeders Association of Nigeria, rejected the proposal of the government to establish cattle ranches but insisted on having grazing reserves and routes.

The National Legal Adviser of the body, Bello Tukur, said that what they wanted was the establishment of grazing reserves and routes across the country.

Mr. Tukur said some of the herdsmen already established ranches in their various areas of operations and there was no need for government to do same.

Meanwhile, members of the Ohaneze Ndigbo said that they were opposed to the bill in the House of Representatives seeking to establish grazing reserves and routes in the country.

They also expressed their total support for the establishment of ranches in the country as a means of ending the recurring conflicts between herdsmen and farmers.

Paddy Njoku, who spoke on behalf of the President-General of Ohaneze Ndigbo, said that a cattle rearing was private business.

Mr. Njoku said it was wrong for the Federal Government to propose to acquire people’s lands for grazing reserves, and urged the government to ensure cattle do not destroy farmlands.

He called for the immediate resettlement and rehabilitation of the victims of the recent brutal attacks by herdsmen in parts of the country.

Mr. Njoku said nomadic cattle rearing was obsolete and should be discouraged.

At the occasion, representatives of the Tiv and Idoma nations in Benue, Southern Kaduna and the South-South regions all pledged support for the establishment of ranches.