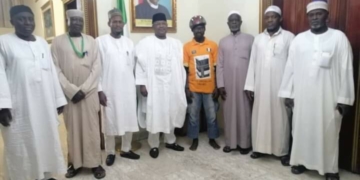 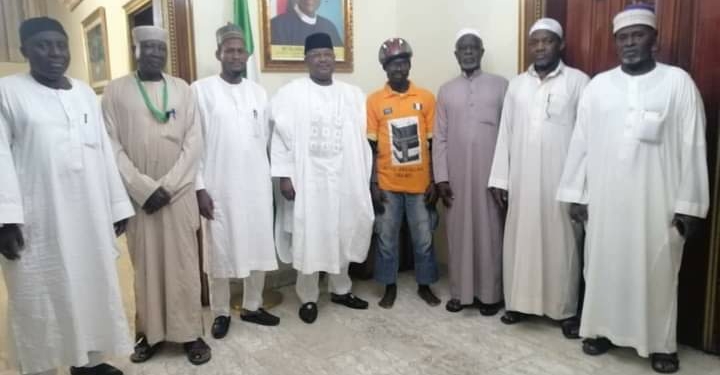 Nigerian Ambassador to Saudi Arabia, Yahaya Lawal, has welcomed Aliyu Bala, the Nigerian who rode a bicycle from Jos, Plateau State capital, to the Kingdom of Saudi Arabia.

A statement made available to the News Agency of Nigeria (NAN) by the Nigerian embassy in Jeddah said that Bala had been granted all the needed consular assistance and encouragement.

Bala, who left Jos in February 2022 to perform the Umrah in Makkah and visit the Holy Prophet’s Mosque in Madinah, arrived in the Saudi Arabia on December 8.

After meeting the Consular General, who represented the Ambassador, Bala proceeded to Makkah where he performed Umrah and will spend a few days for worship at the Ka’abah, Islam’s holiest site.

Bala, who is the first to undertake such a journey from Nigeria in modern times, is expected to continue his 450 kilometer journey to Madinah where the embassy has also arranged a reception for him.

“Since his arrival in the Kingdom, Bala has been in high spirits for surviving numerous obstacles and dangers on his perilous journey and ultimately realizing his life ambition.

“He passed through Niger, Chad, and Sudan before arriving in Saudi Arabia,” the embassy’s statement said.

Bala noted that he encountered many challenges during the journey, including overcoming threats from Boko Haram insurgents, kidnappers, bandits, and wild animals.

According to him, the Boko Haram members he encountered asked him to pray for them, while the bandits he met took away his mobile phone.

However, on arrival at a small town in Sudan, he narrated his ordeal with the criminals. He was assisted by the people he met, who procured a new phone for him

Bala added that he slept in bushes on many occasions and had to push the bicycle for kilometres when he had a problem with the tyres.

He stated that he was given a hero’s welcome in all the cities and towns he passed through, as well as donations and encouragement.

The bicycle pilgrim is expected to begin his home-bound journey after completing the religious rites of lesser Hajj and visit to Prophet Muhammad’s mosque in Madinah.