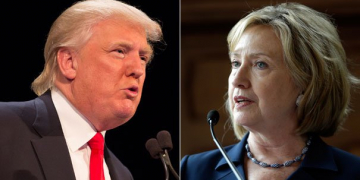 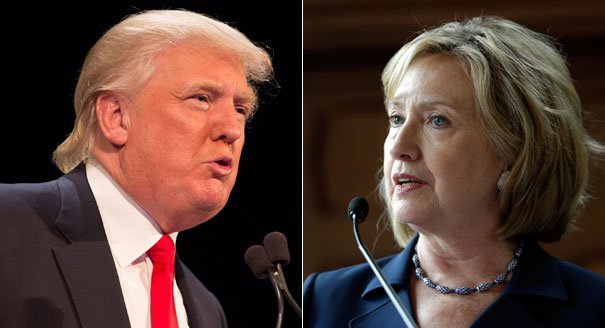 Donald Trump holds his first political fundraiser this week, in Albuquerque, N.M. He’s only a year behind Hillary Clinton.

Trump, on his way to becoming the Republican nominee for president, has dismissed traditional big-money fundraising since he announced his candidacy last summer, saying he doesn’t want to owe favors to rich people financing his campaign. Up until now, Trump has personally provided about 75% of the money his campaign has spent, with donations of $2,700 or less funding the other 25%. (Fundraising totals are in the chart below.)

But even billionaire Trump lacks the liquid assets to fund a competitive campaign against Democrat Hillary Clinton in the general election, which is why Trump changed his financing plan and will now seek six- and seven-figure sums from wealthy donors. His very late start, however, will probably hamper his fundraising all the way through November and lower his election odds.

Clinton already has far more cash on hand than Trump does. Here are the figures on money raised and spent so far, including traditional campaign committees and super PACs – which can raise unlimited amounts of money – affiliated with each candidate:

Trump doesn’t have to spend as much as Clinton on remaining primary elections, since his rivals have all dropped out. Clinton, by contrast, still hasn’t dispatched fellow Democrat Bernie Sanders, and she’ll have to spend more than she wants to locking up the nomination in the half-dozen Democratic primaries left.

But Clinton could end up trouncing Trump in fundraising once the summer conventions are over and the general election hits full stride. “The Clintons run a money-raising machine,” analyst Greg Valliere of Horizon Investments wrote recently in his daily newsletter to clients. “The Clintons will have more money, and that’s a huge advantage. Many of the biggest Republican fundraisers are lukewarm at best toward Trump and may sit out the election.”

In the 2012 presidential election, Democrats spent about $1.1 billion on Barack Obama, while Republicans spent nearly $1.3 billion supporting Mitt Romney. Some of that spending was probably overkill, since there are diminishing returns on the saturation advertising and other things campaign money buys, especially when it’s mostly spent in just a handful of swing states. But the 2012 election set the bar for an effective presidential campaign at $1 billion or so, give or take $100 million.

Trump may yet line up some big donors, such as casino magnate Sheldon Adelson, who spent $93 million in the 2012 elections (all of it on losing candidates, including Newt Gingrich and Mitt Romney). But Trump is only now getting a fundraising network in place, and many big GOP donors have said they won’t back the brash real-estate developer. Besides, wealthy Republicans have already dumped $400 million in donations on failed candidates, most notably Jeb Bush, Marco Rubio and Ted Cruz. Some of those donors might be getting a little fed up with flushing their cash.

Clinton, by contrast, can tap into a network of donors likely to be energized to beat Trump, and it’s far from depleted. The biggest Democratic donor, California hedge-fund manager Tom Steyer, spent $75 million on Democratic candidates in the 2014 midterms, but has spent just $13 million so far in the 2016 cycle, and none of that has gone directly to Clinton or an affiliated super PAC. He and other wealthy Dems seem likely to open their wallets wide once Sanders is out of the way.

Trump’s strategy includes his uncanny ability to generate free media coverage that would cost many billions of dollars if he had to pay for the airtime, a huge freebie that helped Trump soar during widespread primaries that began with 17 GOP candidates. But the equation may be totally different in a general election against one other candidate, especially if the race comes down to a handful of counties in a handful of swing states that are fully stuffed with advertising. That’s when money spent on other things, such as turning out voters and identifying the regions most up for grabs, can turn an election. As Trump himself should know, money really matters.