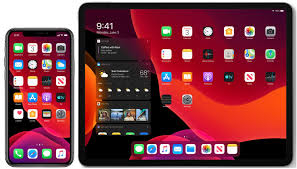 Apple has released security updates for a zero-day vulnerability that affects every iPhone, iPad, Mac and Apple Watch.

Citizen Lab, which discovered the vulnerability and was credited with the find, urged users to immediately update their devices.

The technology giant said iOS 14.8 for iPhones and iPads, as well as new updates for Apple Watch and macOS, will fix at least one vulnerability that it said “may have been actively exploited.”

Citizen Lab said it has now discovered new artifacts of the ForcedEntry vulnerability, details it first revealed in August as part of an investigation into the use of a zero-day vulnerability that was used to silently hack into iPhones belonging to at least one Bahraini activist.

In August, Citizen Lab said the zero-day flaw — named as such since it gives companies zero days to roll out a fix — took advantage of a flaw in Apple’s iMessage, which was exploited to push the Pegasus spyware, developed by Israeli firm, NSO Group, to the activist’s phone.

Pegasus gives its government customers near-complete access to a target’s device, including their personal data, photos, messages and location.

The breach was significant because the flaws exploited the latest iPhone software at the time, both iOS 14.4 and later iOS 14.6, which Apple released in May. Also, the exploit broke through new iPhone defenses that Apple had baked into iOS 14, dubbed BlastDoor, which were supposed to prevent silent attacks by filtering potentially malicious code. Citizen Lab calls this particular exploit ForcedEntry for its ability to skirt Apple’s BlastDoor protections.

In its latest findings, Citizen Lab said it found evidence of the ForcedEntry exploit on the iPhone of a Saudi activist, running at the time the latest version of iOS. The researchers said the exploit takes advantage of a weakness in how Apple devices render images on the display.

Citizen Lab now says that the same ForcedEntry exploit works on all Apple devices running, until today, the latest software.

Citizen Lab said it reported its findings to Apple on September 7. Apple pushed out the updates for the vulnerability, known officially as CVE-2021-30860.

Citizen Lab further said it attributes the ForcedEntry exploit to NSO Group with high confidence, citing evidence it has seen that it has not previously published.

John Scott-Railton, a researcher at Citizen Lab, told TechCrunch that messaging apps, like iMessage, are increasingly a target of nation states hacking operations and this latest find underlines the challenges in securing them.

In a brief statement, Apple’s head of security engineering and architecture, Ivan Krstić confirmed the fix.

“After identifying the vulnerability used by this exploit for iMessage, Apple rapidly developed and deployed a fix in iOS 14.8 to protect our users. We’d like to commend Citizen Lab for successfully completing the very difficult work of obtaining a sample of this exploit so we could develop this fix quickly. Attacks like the ones described are highly sophisticated, cost millions of dollars to develop, often have a short shelf life, and are used to target specific individuals. While that means they are not a threat to the overwhelming majority of our users, we continue to work tirelessly to defend all our customers, and we are constantly adding new protections for their devices and data,” Krstić said.