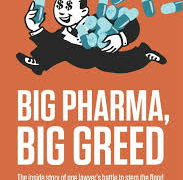 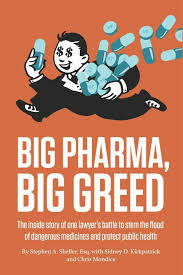 Big Pharmaceutical companies (Big Pharma) are making billions of dollars from African blood and Africans don’t even know it.

According to Simon Ateba, Publisher and White House Correspondent for Today News Africa, the biggest illegal transfer of African blood is taking place without Africans even realising it.

“African blood is being transferred to the United States without consent and that blood from millions of people is being used for what is known as genome sequencing by Big Pharma,” he said.

In a layman language, Ateba explained that when blood is transferred illegally from Africa to the United States in the name of COVID-19 or through other means, Big Pharma does what is known as genome sequencing.

“That means, the technology is able to see everything about you, about the 37.2 trillion cells that make up the human body.This information, like in Big Data, that brought about Google, Facebook and the rest, is then used to see what you may suffer from years from now and what drugs may be needed or what you need to start taking now, far ahead of time.

“This then leads to innovations and new drugs and then billions of dollars to pharmaceutical companies mainly in the United States. This means that while COVID-19 is going on and while other trials and research activities are going on, ‘data’ or ‘blood’ is being transferred to the United States.

“Anyway, that blood is transferred to the United States, and genome sequencing is performed. That means about 36 blood samples are analysed for about 36 to 48 hours and then everything about you is known.

“With that ‘data’ from hundreds of millions of people across Africa, you can begin developing drugs for the future. And so, 20 years from now, the drugs that will be used are being developed now using African blood samples without Africans even knowing it.
We know it, but we are a small media company without enough help to bring hell to those taking advantage of the people.

“In Nigeria, millions of people go to church and their pastors often quote a scripture in that Bible that says, ‘my people perish because of lack of knowledge.’ Yes, I can see it clearly. I see how ignorance can affect an entire continent. The Google and Facebook and Twitter and Instagram of tomorrow who use Big Data are being developed in medicine now, but Africans are not seeing it…………”