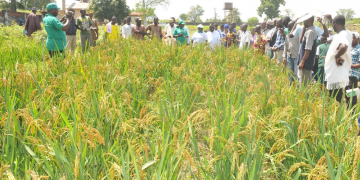 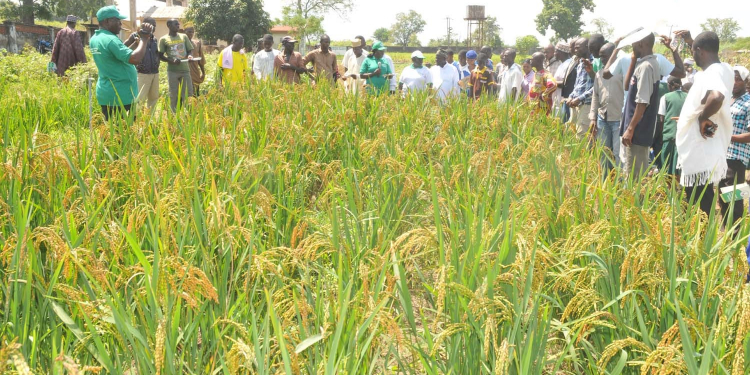 Nigerian farmers can start exporting rice in the next 24 months, the CBN has said.

Speaking over the weekend in Lokoja, Kogi State, Acting Director, Corporate Communication of the CBN, Isaac Okoroafor, said out of the 6.1 million tonnes of rice needed to feed Nigerians, Kebbi State farmers contributed over one million tonnes.

Okoroafor who spoke against the backdrop of bitter experiences by farmers said the Anchor Borrower Programme was conceived to enhance their capacity.

“From the N220 billion, we are doing what is called the Anchor Borrower Programme. We have just completed a pilot project in Kebbi State on rice and other states like Ebonyi, Taraba and Benue are queuing up.

He explained that the Anchor Borrower Programme is part of the micro/medium scale development fund of N220 billion, set aside by the apex bank. Under the programme, 60 per cent goes for women-led enterprises and two per cent for people with disability.

“We have realised that when farmers borrow money on their own to plant tomatoes, rice, cassava, etc, when they harvest, there is nobody to take the produce from them.

“When rice paddy growers produce, imported rice comes to spoil their effort. Importation has dealt a deadly blow on farmers”

He said the bank published 41 items ineligible for foreign exchange through the bank’s financial window, hence they were now organising the farmers into groups and linking them to millers.

“At the onset, each farmer is given one hectare of land, and supplied seedling, fertiliser and other agro chemicals.

“Out of the N220,000 loan for each farmer, only about N70,000 is given as working capital. The rest is used to procure seedlings and all the other needs.”