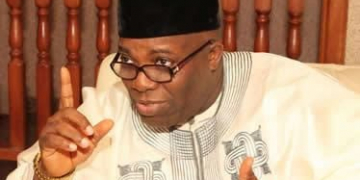 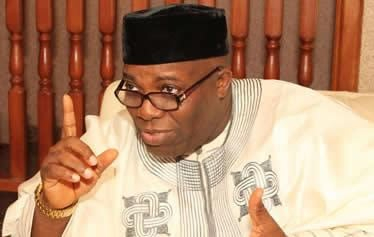 The chairman of Labour Party (LP) in Ogun State, Michael Ashade, has accused the Director General of the party’s presidential campaign council, Dr Doyin Okupe, of mishandling the sum of N20 million.

Ashade said the fee was allotted to the state chapter by the campaign council for mobilisation.

While speaking on ARISE Television on Saturday evening, Ashade said Okupe only gave N4 million out of the approved N20 million to mobilise state’s party members to the presidential rally in Oyo State in November.

He said the mishandling of the mobilisation fund was one of the reasons why the state chapter suspended Okupe from the party.

Recall that the Ogun State chapter of the Labour Party had last week revoked the membership of Okupe and 10 others due to non-payment of dues.

But national secretary of the party, Umar Farouk, declared that Okupe’s suspension is null and void.

He said the Ogun State chapter of the party did not follow disciplinary procedures before taking such decision.

However, speaking on the development, Ashade said aside the membership due, Okupe has questions to answer over the mobilisation fund for the Oyo State rally.

“Our grouse is not just the fact that he has been found wanting on his financial obligation as a member, we also highlighted certain deeds that occurred during the rally at Ibadan in which members in Ogun State were expected to be mobilised for that rally. And certain financial anomalies occurred which we highlighted there. And we have discovered that certain amounts of money were approved for the states by the campaign council and we are asking where are the funds.

“It’s unfortunate, maybe he didn’t know it will get to this, because I have a chat he sent me saying that he was personally paying the mobilisation of members from Ogun, Ekiti, Ondo, and Osun States for the Oyo State rally, saying that there is no official amount approved. But, N20 million was approved specifically for Ogun state to mobilise members.

“We estimated 200 buses for the members, and it was turned down. It was reduced to 100 buses and forwarded to him, but he still rejected it saying no, that there are no funds that he was personally funding it. He came up with an estimate of N5,195,000, saying that was what he could personally afford. But it was less than that. About four million was what was gathered.

“It’s so appalling that the budget we did, every member that goes there, a certain amount should be given to them, at least N5,000 as a token. He said no, N1,000 will be given. I said that is ridiculous. I, as a chairman of the party can not be in that position and be giving N1,000 to every member who left their home to Ibadan, and he said it’s for feeding,” Ashade said.