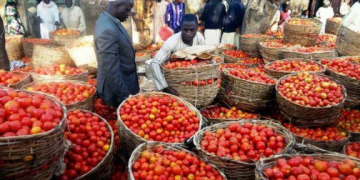 How tomato paste cabal is encouraging scarcity of fresh tomatoes

How tomato paste cabal is encouraging scarcity of fresh tomatoes 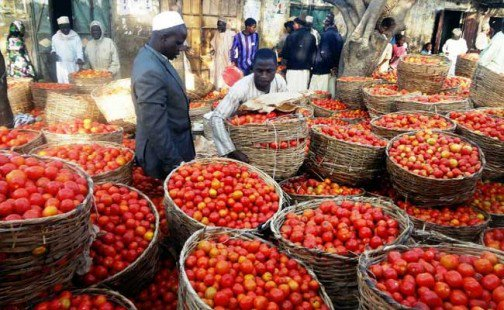 The scarcity of fresh tomatoes in the market is not caused by the massive purchase of the commodity by local tomato paste companies, President and Chief Executive Officer of Erisco Foods Limited, Chief Eric Umeofia, has said.

According to him, some group of powerful tomato paste importers are responsible as they have refused to support local tomato farmers to produce high yielding and heat resistant tomato.

Addressing journalists at Erisco headquarters in Lagos, Umeofia said that his company, four years ago, approached government to support it to import high yielding and heat resistant tomato seeds to expand tomato farming and paste production in Nigeria.

“Till today, the people we expect to know and give support for farming are only interested in supporting importation of substandard tomato paste due to their personal gain”

He also blamed the outbreak of a crop disease called Tuta absoluta which killed fresh tomatoes in the farm. According to him, tomato farmers lost over 75 per cent of their fresh tomato harvest in the last farming season.

He said Nigeria should be a tomato paste exporter rather than the highest importer in the world, reiterating that over $1bn was spent, annually, on the importation of tomato paste.