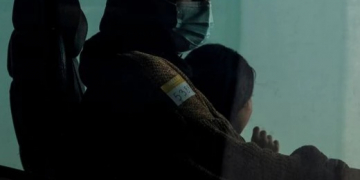 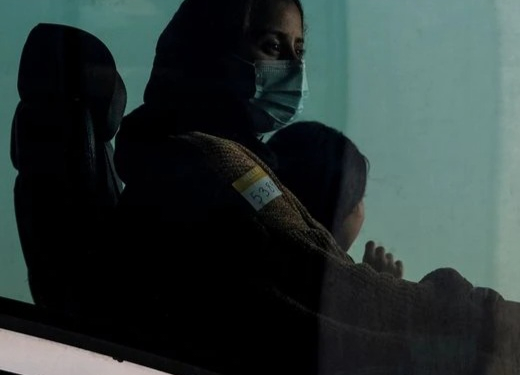 Whipped by the Taliban and shoved from behind by other desperate Afghans, marriage certificate in hand, Sharifa Afzali thrust her cell phone at the U.S. soldier at the Kabul airport gate. On the other end was her husband, a U.S. Army veteran in Oklahoma.

“I told her, ‘Hey, see if he’ll talk to me on the phone.’ I didn’t think he would do it, but he did,” said Hans Wright, who pleaded with the soldier to bend the rules for the visa-less woman he loves.

“And by the grace of God, he let my wife and my interpreter through,” Wright recounted to Reuters.

Afzali made it out of Afghanistan, counting herself among the lucky ones.

Unknown numbers of U.S.-affiliated families fearing Taliban retribution have been split up in the chaotic scramble for flights before the U.S. evacuation operation ends on Tuesday, said people involved in ad hoc networks racing to help extricate at-risk Afghans.

With U.S. President Joe Biden’s administration prioritising U.S. passport and green card holders, many streaming to the airport through Taliban checkpoints with Afghan families have faced an agonising choice- leave relatives behind or risk their own lives by staying.

“We have dealt with multiple cases of families that either have been separated or told that only the family members holding a blue (U.S.) passport or a green card are allowed through the gates,” Stacia George, a former USAID official said.

Some have had to leave children with U.S. citizenship rights with relatives, others managed to get children into the airport with family members who are Americans or green card holders, George said.

Joe McReynolds, another advocate for evacuees, said he has cataloged a dozen cases of Afghan-born active-duty U.S. military personnel or American veterans in the United States struggling to extract relatives with Special Immigration Visas or in the SIV process.

“If the U.S. soldier was there in Afghanistan, we probably could have gotten them through,” he said, adding he knows of only one case succeeding. He declined to provide details, citing safety concerns.

Afzali’s escape was aided by her determination, luck, her husband, their marriage certificate, and her SIV application.

“It is a good news story. But unfortunately, nothing that is replicable.It was truly ad hoc,”Sogge told Reuters

Asked for comment, Psaki said those responsible for saving tens of thousands of lives were the men and women of the military, the national security and State Department teams on the ground in Kabul.

Wright, of Grove, Oklahoma, retired in 2009 as a first sergeant after 24 years of service, and began working as a contractor advising Afghan special forces.

He met Afzali, who was working for the contracting company, in 2017. When he switched jobs in 2019, she went to work as an interpreter, but in a different location.

“Our relationship grows by text, email, Facebook,” he said.

They flew in April to Dubai to wed, but a judge in Utah had to marry them in an online ceremony. The United Arab Emirates, Wright said, would not give them the paperwork “because I am a Christian and she is a Muslim.”

Their marriage certificate is signed by Utah’s lieutenant governor.

“It was really cool,” he said.

But their wedding did not clear away one bureaucratic roadblock; Afzali could not apply for a U.S. spousal visa because she already had an SIV application in process since 2018, he said.

Wright left Afghanistan in May hoping Afzali’s visa would be approved. But then came the Taliban’s rapid takeover and the bedlam of tens of thousands of people clamouring for flights out of Kabul.

“Over these last two weeks, I couldn’t go to sleep.A lot of my nights were spent talking back and forth to the (U.S.) military, to the Afghan military liaison,”Wright recalled of his first efforts to evacuate his wife.

Sogge was connected last Monday to Wright by a U.S. service member who saw one of her Instagram posts offering to help extricate people.

She worked the phones and ad hoc evacuation networks, emailed pictures of Afzali’s documents and what she would be wearing to contacts inside the airport and tracked the situation outside through her networks in near-real time.

She urged Wright to contact Congress members, and then last Tuesday told him to tell his wife to head for the airport. He and Sogge maintained contact with her by phone and text.

Afzali and the interpreter set out around 8pm. It took them some 16 hours in sweltering heat to reach a gate, Afzali flogged by Taliban fighters’ canes.

U.S. soldiers told the pair to go to a different gate.

“She suffered some injuries from some of the beatings. There was pushing and shoving by the crowd. I told her not to give up,” Wright said.

She reached a second gate. But U.S. troops again refused to allow her through because Afzali’s visa was not yet approved.

Sogge urged Afzali by text to persist as she advised Wright how Afzali should address the soldiers.

“I basically coached him;what to tell her to say at the gate, and to emphasise that she was the lawful spouse of a service member and an American citizen and she had her marriage certificate. I was like, ‘That probably needs to be up front,’ and that she’s a pending SIV case,” Sogge said.

She told Wright to tell his wife to “be polite, be persistent.”

That is when Wright urged Afzali to hand her phone to the American soldier.

Once the pair were safely inside, Sogge arranged for Afzali and the interpreter to board a flight. At that point, according to Wright, her destination was unknown.

“She called me this morning.She’s in Germany,” he said on Friday.

Buhari: How not to fail, By Festus Adedayo