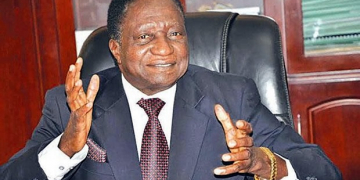 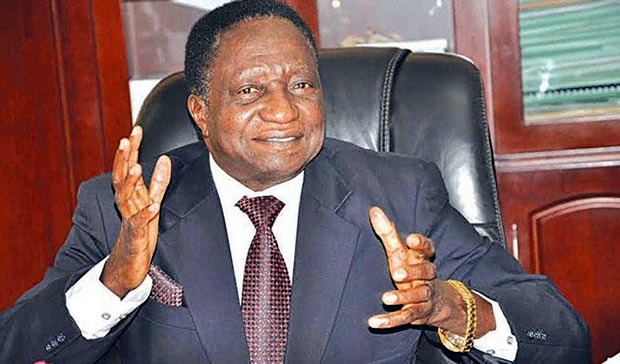 Contrary to the widespread media report that disagreements between the Minister of Education, Mallam Adamu Adamu and the immediate past Registrar/Chief Executive Officer of the Joint Admissions and Matriculation Board (JAMB), Emeritus Professor Dibu Ojerinde, led to the removal of the latter from office, Ojerinde has stated that he had no issues with the minister.

Ojerinde, who put the lie to the claim that he fought the minister, which led to his removal, maintained that he knew several hours before the announcement of his removal and, in fact, sent a text to the minister on the same day to appreciate him, adding that he visited the minister in his office a day after his removal, with the minister noting that his door remained open to him [Ojerinde] and that he wished Ojerinde had completed his term due to end in eight months’ time.

The ex-JAMB Registrar stated that the removal did not shock him and that he had prepared his mind on any eventuality several months before he was removed, appreciating President Muhammadu Buhari and the minister for giving him the opportunity to stay in office till August 1.

The professor of Test and Measurement and pioneer Registrar/CEO of the National Examination Council (NECO), made this disclosure during a thanksgiving service held at the First Baptist Church, Igboho, Oyo State, on Sunday, saying he was grateful to all Nigerians, “especially former Presidents Olusegun Obasanjo and Goodluck Jonathan as well as President Buhari, for all believing in me and giving me the opportunities to serve my country.”

According to Ojerinde, “I have always believed in God’s timing. I had prepared my mind that anything could happen and I can say that this development did not meet me unexpectedly. Even when I met with the minister, who I respect as a good Muslim, and he said he would have loved that I finished my term, I told him that it was God’s time and that God’s time is always the best. I am grateful to him and to President Buhari as well as his predecessors in office, Chief Obasanjo and Dr Jonathan. In fact, I am grateful to all Nigerians for giving me the platforms to serve my country in the last 25 years.”

Ojerinde was first appointed as the Director of Monitoring, National Primary Education Commission in 1990, and had since served in several capacities in the education sector including the National Board for Education Measurement, Minna, which later became NECO as Registrar/CEO and JAMB, where he served for nine years.