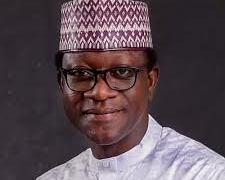 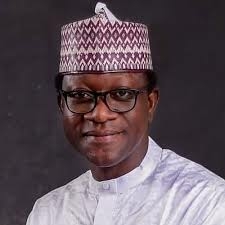 The former Director-General of Bola Tinubu Support Group and former House of Representatives, Abdulmumin Jibrin, has disclosed that he left the All Progressives Congress (APC) “to take the needed measure to ensure that I survive an onslaught by a vengeful man who abuses the privileges of his distinguished office to frustrate my career and the career of many others.”

He also said he would no longer be involved with the presidential campaign of Tinubu because he has moved to the New Nigeria Peoples Party (NNPP).

In a statement he shared exclusively with TheCable, Jibrin said even away from home, “the vengeful man” came for his role in Asiwaju’s campaign and pressed hard to replace him.

“Asiwaju (Bola Tinubu) did his best to intervene to prevent my exit from the party. Not because it would affect his campaign in any way but for the genuine likeness he has for me. Unfortunately, wherever this man after my career functions, I feel a sense of obligation to flee for my political safety,” he said.

Although he did not name the “vengeful man,” there are indications that he was referring to Kano State Governor, Abdullahi Ganduje.

In the past nine years, I devoted my material, intellectual and political resources to propel the cause of the All Progressives Congress. As Chairman of the House Committee on Finance in the last quarter of 2013, when the alliances that would become the APC materialized, I took a huge risk to join other compatriots in leading 60 members of the House of Representatives from the People’s Democratic Party to the APC. I provided the seed money for logistics and venue for our meetings, and this aided our internal revolt to weaken the then ruling party and a government fiercely threatened by the prospects of the new party we set out to market to the good people of Nigeria a benign alternative. I became a subject of intense threats and personality attacks from a vindictive government that deployed the resources of the state to hound me as a high-ranking committee Chairman from the fast-growing party.

In 2015, I emerged as Chairman of the House Committee on Appropriations and, in line with the cardinal principles of the new APC government, I launched an ambitious reform of the appropriation process. While the APC supported and encouraged me at the initial stage, that support fizzled out when I needed it the most. I lost two years of my term in suspension and, by the time I returned to the House, the presiding officers were already at ‘war’ with the party and the executive arm of government. The party and government needed help again.

The APC government needed a strong support base and platform to withstand the gathering aggression from the National Assembly. That threat inspired the formation of the Pro-Buhari Parliamentary Support Group to protect the interests of the party in the legislature. While the activities of the group took off in the Senate and led by the current APC National Chairman, Senator Abdullahi Adamu, it could not in the House. When I returned to the House in 2018, I convened and led the Parliamentary Support Group amidst several caveats to desist from doing so and threats of suspension again. I stood my ground and engineered a working relationship with our counterparts at the Senate to build an infrangible support base in NASS for the APC-led government ahead of the 2019 general elections.

When I won an election for the third term to the House in 2019, I felt it was time to take on a new responsibility, and I intended to run for the position of the Speaker or the Deputy. The party prevailed on me to shelve my ambition in the interest of zoning. I did and accepted to lead the campaign of the current Speaker. We worked day and night and defied crude antagonism and sabotage to guarantee APC’s chances of securing the Speakership position. In the end, we all paid our dues to a party that isn’t only refusing to acknowledge the sacrifices of its frontline foot-soldiers, but quick to throw them under the bus.

Before I was appointed Executive Director at Federal Housing Authority, I had lost my seat through a questionable court judgement, especially in the subsequent by-election where the whole world witnessed the interferences that cost me the seat with some leaders of the APC involved. Though my new role was an appointment much lower than my previous positions, I accepted it in a good faith, believing it’s another avenue to serve my fatherland. I found myself inundated by too many conflicting reforms and policies at the FHA, I began to lose appetite for the job. In the whole of these, the APC left me in the wilderness.

In my twenty-three years of postgraduate experience, the last seven years were my most unremarkable, so much that my long-established career almost reached a point of utter implosion. The sixteen years before then were driven by prosperity and accelerated growth for which I’m grateful to the Almighty Allah and the amazing people in my circle. In those pleasant years, I was at peace with myself and my career. I was focused and felt appreciated. I enjoyed quality mentorship, love, and support from some of the nation’s great minds who are still active in our politics. They can attest to my character, loyalty, selflessness, and commitment to whichever cause I took part in. It must be underlined, though, that I was financially stable before joining politics and have always been a financial contributor to all the political groups and activities I have been involved.

The horrifying disappointments of my past seven years revolved around this character who’s determined to destroy anybody that activates his glaring inferiority complex. His sadistic instincts make him quite a frightening ally, so much that he feels the need to treat his allies as the marginalized black Africans in apartheid-era South Africans to feel a sense of superiority and misguided advantage. I dedicated everything to the political interests of this man, but he kept asking for more. This circus became too embarrassing that I had to take a step back for soul-searching to redeem myself. There’s a difference between service for the common good and a quest to be worshipped by one’s allies. We must never confuse loyalty with slavery.

I have a family, state, and country to live for, and I cannot give my life to him. This is one impossible sacrifice. But this man yearned for that and put me through a mentally draining phase in my life that I had to step aside to reflect on my political choices. It’s unsurprising that all his political principals and lieutenants are deserting him, and he risks becoming an island at the end of his stewardship. When he tried to lure me back a few days ago in a lengthy phone conversation, I asked him a question to stir up deep introspection on his demoralizing interpersonal relations. I asked if, as a father, he would want others to treat his children in the fashion he treats us his political allies and lieutenants. At the appropriate time, I intend to discuss the viciousness of this man in detail.

Indeed, I love the APC, and I fought for it to the best of my capability. I’m going to miss the party, no doubt, but my survival is vital at this point in my political life. I have built lasting friendships in the party, some of whom are leaders I will hold dearly for the rest of my life, including President Muhammadu Buhari to whom I’ve enjoyed a rare privilege of access whenever I requested to meet him. I shall remain his son even after 2023. I thank everyone for their support and kindness.

However, my exit from the APC means I’ve ceased to be involved in the presidential campaign of Alhaji Bola Ahmed Tinubu. The fact is, no individual can be a significant minus in Asiwaju’s campaign. The campaign is armor-built and designed to excel even without me. Based on the passion and dedication of the team invested in his aspiration, not even Asiwaju can stop his campaign let alone an Abdulmumin Jibrin. I want to appeal to the public to avoid overestimating my relevance to the team and stop the rumour and creating all sort of theories around this matter. I have my value but it will not take away anything from the menu I saw on the BAT campaign table. For the avoidance of doubt, let me clarify that I have no problem whatsoever with Asiwaju. We have never for once had issues. My problems were local and all politics are local. Asiwaju took a sincere interest in me and gave me the free hands to participate in his project, and my exit from the party doesn’t erase my respect for him and belief in his capacity and vision to redeem the fortunes of Nigeria.

But there has to be a Jibrin first before a Jibrin works for anyone. I have to take the needed measure to ensure that I survive an onslaught by a vengeful man who abuses the privileges of his distinguished office to frustrate my career and the career of many others. Obsessed with my political prospects even away from home, he came for my role in Asiwaju’s campaign and pressed hard to replace me. Asiwaju did his best to intervene to prevent my exit from the party. Not because it would affect his campaign in any way but for the genuine likeness he has for me. Unfortunately, wherever this man after my career functions, I feel a sense of obligation to flee for my political safety. It’s one toxicity I’m no longer prepared to endure, and I do want to use this opportunity to apologize to the entire BAT family across the country for whatever embarrassment or inconvenience my sudden exit from the APC must’ve caused. I have already met Asiwaju to tender my apology, and he will continue to be a father to me and his house, my home.

Let me also use this opportunity to inform the public that I have joined the New Nigeria People’s Party (NNPP) under the leadership of Engr Dr Rabiu Musa Kwankwaso to continue the pursuit of peace and progress in serving our dear Kano state and the entire nation. This is another avenue to serve the people and participate in delivering quality governance and development across the nation, and I’m most grateful for the warm reception and exciting prospects ahead.