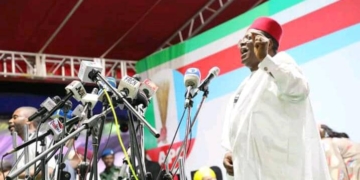 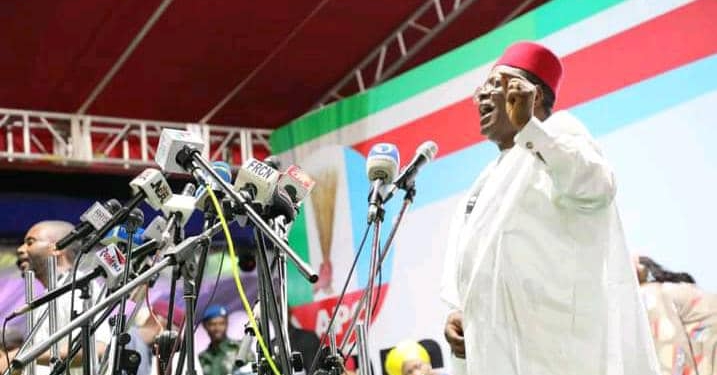 Ebonyi State Governor, Dave Umahi, has alleged that delegates from the South East “traded their votes” in the presidential primary of the All Progressives Congress (APC).

Tinubu had contested against 13 other presidential hopefuls, including Umahi, who got 38 votes.

Speaking on Saturday at his hometown, Uburu, during the maiden matriculation ceremony of the King David University of Medical Sciences, Umahi said his focus, henceforth, would be on Ebonyi and not on the Igbo in general.

“I had a series of meetings with the party’s chairmen in the five states of the zone in the company of its national vice chairman. I implored the delegates that the issue was not about me, but the mood of the Igbo in the nation. I implored that they should vote for any South East aspirant, so that when the votes are counted, we would not be missing.

“We would have made a strong statement in the process that the Igbo are eminently qualified with due capacity to lead the country.

“They will come later to preach about Igbo unity and its agenda but henceforth, the only agenda I know is the Ebonyi agenda. This shows that even if we have equal number of local government areas and delegates such as other zones, we would still trade our votes.

“We are currently regarded as people who can sell anything but they should remember that anyone who betrays his brother will lose the trust of those who gained from the betrayal.

“There was no sort of lobbying I did not receive, but I maintained that it was about bringing the marginalisation of the Igbo to the fore.

“You (Ebonyi delegates) have made yourselves reference points of steadfastness in the country and when people are seeking trustworthy people, they will come for you.

“I have lost total confidence in the leadership of the Ohanaeze Ndigbo socio-cultural organisation, and will openly confront anyone who challenges the Ebonyi agenda,” Umayi said.