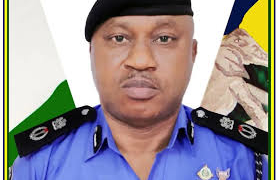 An Ibadan chief, Mogaji Nurudeen Akinade, has commended the Commissioner of Police in Oyo State, Adebowale Williams, and the Divisional Police Officer (DPO) in charge of Eleyele division for their prompt intervention in protecting his property from land scavengers.

Mogaji Akinade, who is the Coordinator, Ibadan Compound Peace Initiative (ICPI), in a statement on Wednesday, noted that the quick intervention of the police prevented what would have led to violence and big crisis between the community, land scavengers and tipper drivers within the area.

He said upon the invitation of the parties concerned, the issues were resolved within 24 hours courtesy of the Eleyele DPO, who acted on the directive from the Commissioner of Police.

“The land scanvengers are always battle ready whenever we complain. They are always ready to fight; the case was reported to Eleyele Police station, and all of us were invited and the issue was resolved amicably.

“They agreed to leave some inches of land at a reduced cost to protect our property from erosion and other disasters. The matter would have gotten out of hand if not for the quick intervention of police,” he said.