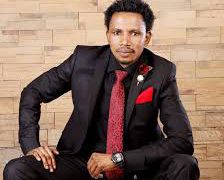 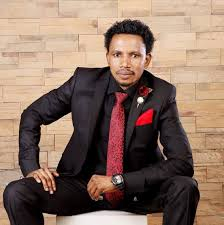 The Inspector-General of Police(IGP), Mohammed Adamu, on Wednesday ordered the investigation of Senator Elisha Abbo, who was shown in a trending video assaulting  a nursing mother at a sex toy shop in Abuja early this year.

The IGP directed the Commissioner of Police(CP) in charge of the Federal Capital Territory(FCT) Police Command, Bala Ciroma, to carry out a thorough probe of the alleged assault.

He also asked the CP to undertake “a forensic investigation of the video,” which showed Abbo repeatedly slapping his victim over what appeared to be a disagreement while a police officer attached to him looked on.

His words: “The lawmaker may be arrested in the course of the investigation, but arrest is not always the first thing during investigations.

Also, the National Working Committee(NWC) of the Peoples Democratic Party(PDP), on Wednesday said it has commenced investigation into the allegation that the senator assaulted a nursing mother.

Abbo is a member of the PDP and he represents Adamawa North in the senate.

The party’s  National Publicity Secretary, Mr. Kola Ologbondiyan  in a statement said the PDP is a law-abiding and upstanding party.

He stated that the party detests and completely condemned such “act of lawlessness and callousness” as exhibited in the trending video and will therefore never condone it.

According to him, PDP was also shocked that the harmless victim of the unprovoked assault is said to be a nursing mother who ought to be protected.

He said: “Though this is a personal conduct of an individual which has no bearing with the culture of our party, the PDP, however, holds that no responsible person will condone such an attitude.

“In the light of this, the NWC has commenced investigation into the matter and summons Senator Elisha Abbo in line with the provisions of the Constitution of the PDP and code of conduct of our members.

“In the same vein, the party has taken note of the immediate action taken by the Senate.”

Ologbondiyan further  stated that the PDP at all levels of engagements is known for its utmost respect and commitment towards the rights, safety and well-being of Nigerians, particularly women and cannot tolerate any callous assault on any citizen.

He assured Nigerians that the party will always stand on the side of justice and will never spare a thought in taking action on any of its members found wanting, particularly those elected or appointed into public offices.