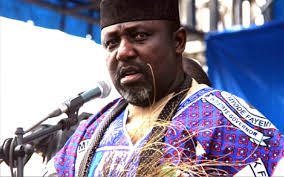 The suspended officers were alleged to have carried out fraudulent acts in the civil service. According to Vanguard, one of the affected officials, who allegedly defrauded the state government to the tune of N45 million, may be handed over to the Economic and Financial Crimes Commission (EFCC) for interrogation and possible prosecution.

Governor Okorocha has also warned heads of accounts and directors of administration that they would henceforth, be held liable for any maladministration or fraudulent acts in their respective establishments.

It was also gathered that apart from being forced to proceed on indefinite suspension without salary and pension, government appears bent on getting them to refund every kobo they allegedly appropriated illegally.

Sources have also said that more workers may be axed as government has focused its searchlight on the activities of other suspected fraudsters in civil service garb.

The newspaper quoted Government House source as saying that the Governor has ordered that the dossier of all those who either falsified their dates of birth or length of service, should be forwarded to him for “proper disciplinary action”.

Woman announces break up with cheating husband on billboard