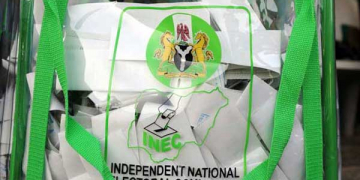 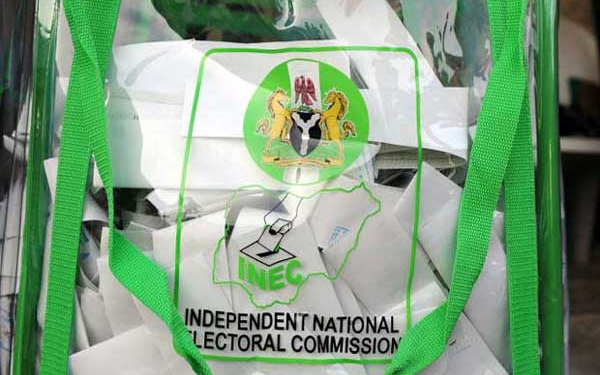 The Independent Na­tional Electoral Com­mission (INEC) has suspended 205 of its staff members enmeshed in a N23 billion bribe to rig the 2015 general elections.

The indicted officials are al­leged to have been involved in a plot to rig the election in the fa­vour of former president Good­luck Jonathan.

INEC also re­vealed that one its former Na­tional Commissioners (un­named) was involved in the distribution of the alleged N23bn which was released by former Petroleum Minister, Mrs Diezani Allison Madueke, to bribe its staff members to rig the 2015 general elections.

The Commission, in a press briefing Tuesday, said that the unnamed former national commissioner also contracted a Non-Government Organisation (NGO) named West African Network of Election Observers (WANECO), which it noted, is being run by retired senior INEC officials, to distribute the bribe to its staff members in 16 states of the federation.

These revelations were made by INEC National Com­missioner, Mallam Moham­med Haruna, who briefed the media along with three oth­er National Commissioners, Professor Okechukwu Ibeanu, May Agbamuche-Mbu, after the commissions weekly meet­ing in Abuja.

He noted that the commis­sion ordered a thorough inves­tigation into the allegation to establish the culpability or oth­erwise of all the staff members named in the EFCC report. He affirmed that the commission has placed a total of 205 mem­bers of its staff on suspension with half salaries, pending the determination of their cases.

“The Commission met to­day to consider the report of its expanded Appointment, Promotion and Disciplinary Committee on the EFCC In­terim Report on Bribery Cor­ruption and Money Launder­ing Charges During the 2015 General Elections. You may recall that late last year, the Commission received an Inter­im Report from the EFCC de­tailing allegations against 202 serving and retired INEC offi­cials and staff in 16 States of the Federation.”

“In furtherance of its zero-tolerance for corruption in the electoral process, the Commis­sion ordered a thorough inves­tigation into the allegations to establish the culpability or oth­erwise of those named in the EFCC Report. The Commit­tee’s work was thorough and painstaking, involving issu­ance of queries to the 202 staff members mentioned in the Re­port and interviewing them in­dividually in accordance with the principle of fair hearing and in consonance with INEC Staff Conditions of Service. As a result of initial findings of the Committee, an additional 80 serving officials of the Com­mission, who were not named in the EFCC Report but whose names came up in the course of the investigation, were also queried and interviewed.

“Among other things, the Committee found out that there was a clear attempt to bribe INEC staff to influence the outcome of the 2015 gener­al elections using an NGO, the West African Network of Elec­tion Observers (WANEO), made up mainly of retired senior INEC officials. Out of over N23 billion, which the EFCC Report said was used to influence the elections, the Committee established that N3,046,829,000 was received by INEC staff in 16 States.”

The Commission noted that in reaching its decision on the findings of the Committee, it adhered strictly to the INEC Staff Conditions of Service and therefore decided as follows:

“The cases of one former National Commissioner, 5 for­mer Resident Electoral Com­missioners (one of them de­ceased) have been referred to the Presidency and EFCC for further necessary action.”

“Based on their level of in­volvement, two hundred and five (205) serving INEC staff will be immediately placed on Interdiction, which entails sus­pension from duties and being placed on half salaries, pend­ing the final determination of the cases they have with the EFCC,” the committee said.

INEC also disclosed that it has returned to the EFCC, for further investigation and pos­sible prosecution, the files of 70 staff members about whom there was insufficient informa­tion regarding their involve­ment.

Meanwhile, the NGO, which was fingered in the al­leged bribe scandal, has been blacklisted and will no longer take part in any INEC organ­ised event – according to the Commission.