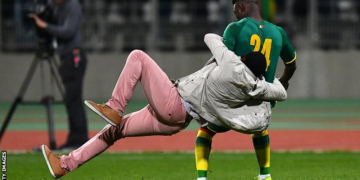 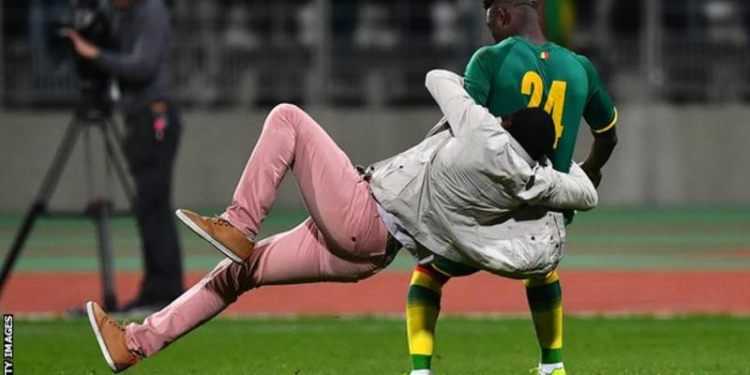 A friendly match between Ivory Coast and Senegal was abandoned last night when fans invaded the pitch in Paris.

According to the BBC, the African sides were level at 1-1 on 88 minutes when a handful of fans broke onto the pitch, with one appearing to rugby tackle Senegal’s Lamine Gassama. 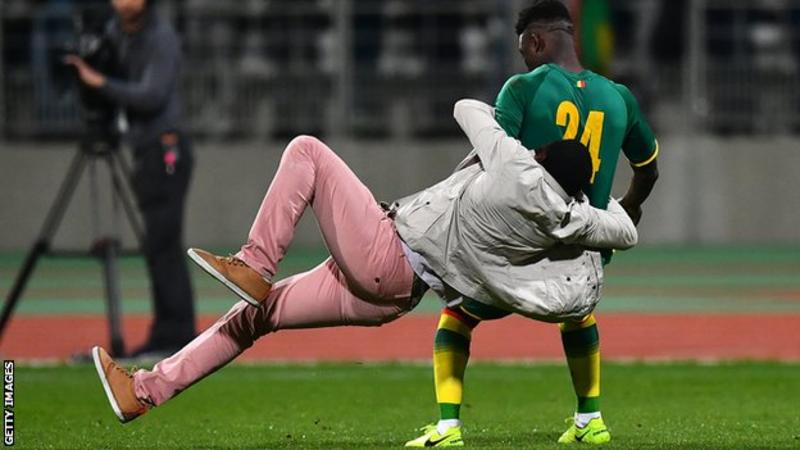 Referee Tony Chapron opted to end the match as players also ran from the pitch.

Local media reported a group of supporters jumped over perimeter fencing at Charlety Stadium moments before the pitch invasion started.

It is the second time in five years that a game between the two countries has been called off because of crowd disturbances.

Senegal were disqualified from the 2013 Africa Cup of Nations when a riot led to a playoff between the sides being abandoned. 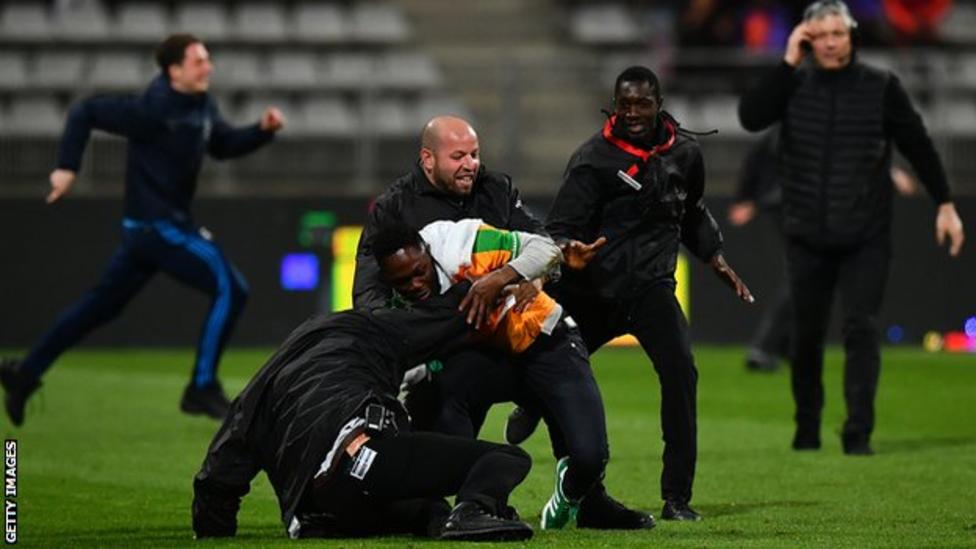