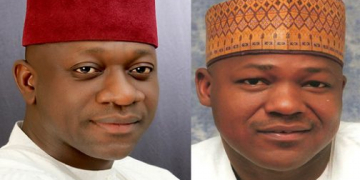 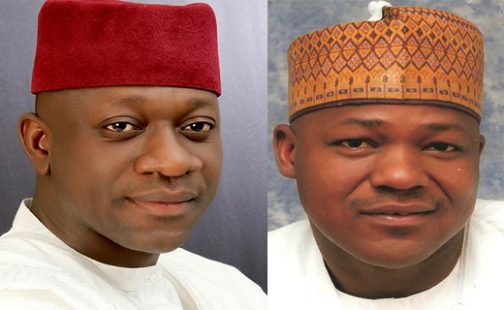 Embattled former Chairman, House of Reps Committee on Appropriation, Mr. Abdulmumin Jibrin, has defied an order by his party, the All Progressives Congress (APC) to stop speaking abut the budget padding allegations in the House of Representatives.

On Sunday, he alleged that two state governors and three former members of the House of Representatives were denying him access to President Muhammadu Buhari to explain his own side of the story just as Speaker of the House, Yakubu Dogara, did last week.

In a statement issued on Sunday, Jibrin said:

“After three days of careful observation and receiving information from Nigerians, I discovered a grand plan by two governors and three former House of Reps members to provide a soft landing for Dogara and 12 others, give them time to clean up the mess on their desk, destroy whatever evidence in their possession and reach, spread money across members to buy signature of vote of confidence.”

Jibrin said he was shocked that Dogara, who initially denied that the budget was padded, later turned around to say “padding is not an offence.”

“Let me make further revelations here. In addition to the allegations I already made, the anti-corruption agencies should ask Speaker Dogara why he collects N25m every month. They should also ask him to provide a proof of how he is funding his farm in Nasarawa State, which was just a few hectares six months ago and now miraculously expands to about 100 hectares with new buildings and state-of-the-art equipment worth millions of naira, as well as the mansion he has suddenly built in Wuse II within six months.”

Jibrin also sought the intervention of former Heads of State and the diplomatic community to compel Dogara to reconvene the House immediately.

He said, “I am left with no choice but to plead with all our former Heads of State; Gen. Yakubu Gowon; Gen. Olusegun Obasanjo; Alhaji Shehu Shagari; Chief Ernest Shonekan; Gen. Abdulsalam Abubakar; and Dr Goodluck Jonathan, and the diplomatic community, particularly Ambassador of the United States of America, High Commissioner of the United Kingdom, and all well-meaning Nigerians to call on Speaker Dogara and three others to reconvene the House immediately, step down and allow a thorough external investigation.”