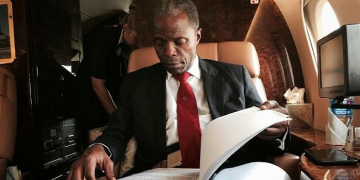 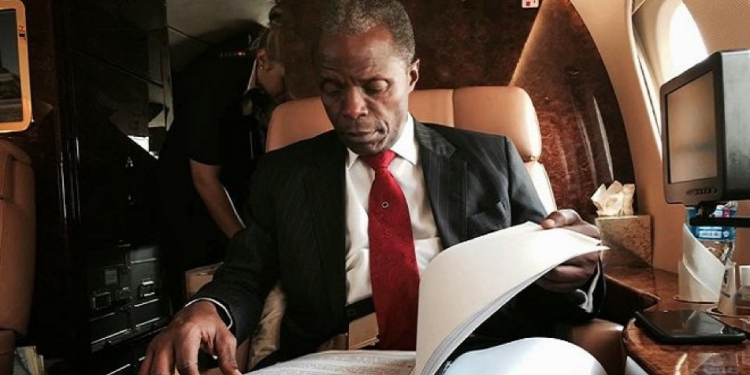 Acting President Yemi Osinbajo will sign the 2017 budget when it gets to the presidency, his spokesman, Laolu Akande said last night.

There had been controversy and worry over who would accent to the budget after Information Minister, Lai Mohammed, had told State House correspondents on Wednesday that the decision on who to sign the budget would be taken when the document is transmitted to the Presidency.

The Senior Special Assistant to the President on National Assembly Matters, Mr Ita Enang was also quoted as saying that the President, Muhammadu Buhari will assent to the 2017 budget.

According to Channels TV, Enang explained that the President will sign the budget and then transmit it to the acting President for other formalities to take place.

His words: “The President will assent to the budget, the acting President is in office and when the budget is transmitted, it will go through the processes and all those other questions will answer itself.”

He spoke in an interview on the TV’s political programme, Politics Today.

But according to a tweet by Akande, when the time comes, everything is set and he is satisfied, the acting president will sign the budget.

“Just so we are clear: when the time comes, everything is set and he is satisfied, Acting President Yemi Osinbajo will assent to the 2017 budget,” he tweeted.

Meanwhile, the Minister of Information and Culture, Lai Mohammed has denied telling State House correspondents after the Federal Executive Council meeting that a decision was yet to be reached on who would sign the budget.

He said the budget which was passed last Thursday by the National Assembly had not been formally transmitted to the Executive.

He, however, disclosed that the Minister of Budget and National Planning, Udoma Udoma, had received the advance copy.

Mohammed also stated that if there were any discrepancies in the budget presented and the one passed, the Executive would report to Udoma for harmonisation.

He said the Ministry of Budget and National Planning would “make the implementation of the 2016 budget public. They have told us that about N1.2 trillion was released for capital.”

Wow! This wheelbarrow empowerment is fantastically.....