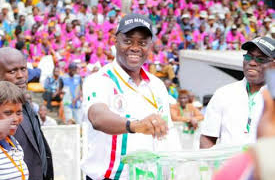 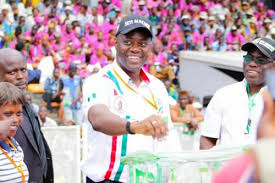 Oyo State Governor, Seyi Makinde, has been declared the winner of the Peoples Democratic Party (PDP) governorship primary held in the state.

At the primary held at Lekan Salami Stadium, Adamasingba, Ibadan, Makinde polled a total of 1,040 votes to defeat his challenger and former deputy governor of the state, Hazeem Gbolarunmi, who had two votes.

Announcing the result, the returning officer, Chief Ben Obi, represented by Abdullahi MaiBasia, said Makinde emerged as the PDP governorship candidate for the 2023 governorship election, having polled the highest number of valid votes.

Six votes were voided out of the 1048 total votes casted.

Gbolarumi had earlier said no election took place, alleging that his delegates were chased away.

Headies: 'I'll kill whoever wins my categories if I lose'- Portable threatens