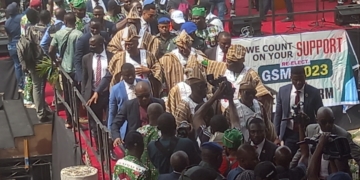 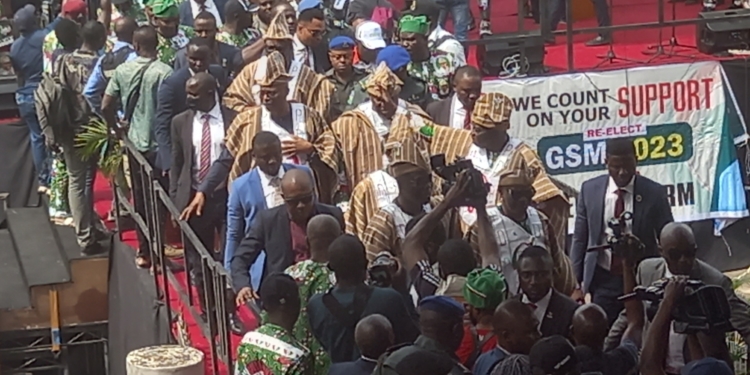 The five aggrieved Peoples Democratic Party (PDP) governors, under the G5 banner have told residents of Oyo State that they will tell them who to vote for president at the appropriate time.

The governors, Seyi Makinde (Oyo), Nyesom Wike (Rivers), Samuel Ortom (Benue), Okezie Ikpeazu (Abia) and Ifeanyi Ugwuanyi (Enugu) have been at loggerheads with the party’s leadership over the failure of the PDP National Chairman, Sen Iyorchia Ayu, to resign from his position.

At the official second term campaign flag off of Oyo State Governor, Seyi Makinde, on Thursday, the G5 governors failed to name their preferred presidential candidate contrary to claims that they will officially announce their candidate on January 5.

They, however, promised to send Makinde to the people of the state.